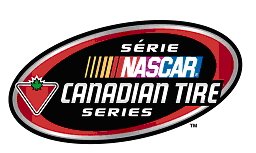 "NASCAR racing is a popular, growing sport in Canada, enjoyed by millions of passionate fans," said Steve O'Donnell, NASCAR Vice-President of Racing Operations. "The NASCAR Canadian Tire Series will help attract new Canadian fans and competitors and bring the excitement of NASCAR racing to new fans in Canada. We also recognize the tremendous history and heritage of CASCAR and welcome its fans and competitors into this exciting new series."

"NASCAR Canada is pleased to welcome Canadian Tire to NASCAR as its officially designated automotive retailer in Canada. It's a natural fit, as our fan base is Canadian Tire's customer," said Randy Paul, Managing Director of NASCAR Canada.

Canada's sports channel TSN (Total Sports Network), that has ESPN ties, will be a major source of marketing for the new series. Included in the marketing package will be a monthly show that will highlight drivers and tracks, as well as include racing news and reports.

My problem with this, is that TSN's coverage of NASCAR is not very good. They have announcers on their nightly Sports Desk news who know nothing about NASCAR. They say the driver's names wrong, and report with the accuracy of a drunk no-armed man in a darts competition. We'll see how effective this monthly NCTS show will be in time I guess. They could hire me, at least I know how to say Kasey Kahne and I know the fact that he wasn't the guy on Star Trek that tried to kill Kirk and take over the Enterprise. But I digress.

Having NASCAR's involvement in Canada's premier stock car racing series is a huge benefit to Canadian drivers regardless of the poor coverage it may get from TSN. I'm sure the marketing execs at NASCAR will be all over TSN to "offer" their support once the network drops the ball. I can only see it getting better once NASCAR is more involved, or if they hire me (just kidding, I wouldn't give up my day job).

Kevin was suspended indefinitely by NASCAR. As part of Kevin's re-instatement, after his drug suspension in 2004, he was to be subjected to random drug testing which he outright flatly refused.

If Kevin is indeed innocent and has a justified reason for refusing the drug test then he should be re-instated. Until proven otherwise he has to be treated as guilty so as to save lives on the track. This pertains to anyone suspected of substance use while racing, not just Kevin.

According to the Associated Press the Earnhardts, Kerry, Kelley, and Dale Jr., in their first business venture together announced today that they will be building a Motorsport Entertainment Complex near Mobile Alabama. The project will include a 75,000-seat oval speedway, a road course, a drag strip and a dirt track, as well as entertainment venues. Kerry Earnhardt is also providing input on a freshwater lake for possible national fishing events at the site, which is to be named 'Alabama Motorsports Park: A Dale Earnhardt Jr. Speedway.' The project is to be completed in the fall of 2009.

I think this speedway stands a better chance of getting a Cup date than Kentucky. The people who run Kentucky should have put an Earnhardt name to the track, now they are really out of luck.