Get All of the Dick Pound Jokes Out of Your System Now: He May Soon Be Forced to Resign

Share All sharing options for: Get All of the Dick Pound Jokes Out of Your System Now: He May Soon Be Forced to Resign 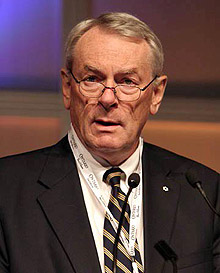 First you take away Isiah Thomas' Benny Hill management of the Knicks, where instead of making decisions he put on a bell captain's uniform and spent his days running around the offices alternately chasing and being chased by buxom young women. Now, Life, you're taking away Dick Pound, whom we admire for his hard, earnest work attempting to rid the world of international sport of doping as former head of the International Anti-Doping Agency, and not because his name is "Dick Pound," which is not funny for any reason whatsoever. â†µ

â†µTo be fair, Dick's gotta go on this one. You can't just go around calling Native Americans "savages." â†µ

â†µâ‡¥Pound said: "We must not forget that 400 years ago, Canada was a land of savages, with scarcely 10,000 inhabitants of European descent, while in China, we're talking about a 5,000-year-old civilization." â†µ

â†µPound made that verbal back-flip off the high dive into an empty pool while attempting to defend China's dismal human rights record, no less. Canadian Native American groups are calling on Pound to resign from his position on the board of the Vancouver Olympic Committee, even after Pound apologized for his comments, saying his remarks were simply inexcusable. I agree wholeheartedly, but have to say this: a world where we cannot type "Dick Pound" on this blog without censure or punishment is a slightly diminished world indeed. Adieu, Monsieur Dick. It's been a joy giggling at your name.â†µ