Nice to See the Refs Help Out Duke For Once

Share All sharing options for: Nice to See the Refs Help Out Duke For Once

With Duke being constantly overshadowed by the other Tobacco Road powerhouses like NC State, Wake and UNC, it was nice to see the Blue Devils get some air time last night. Sure, it was on ESPNU, a network many people don’t get, but hey, baby steps, right? At least they were finally on TV. ESPN’s anti-Duke bias gets a little old sometimes. â†µ

â†µIn that vein, it was certainly heartwarming to see this: The refs throwing the Blue Devils a bone and allowing Gerald Henderson to reach his hand up through the basket and block a Georgia Southern player’s shot last night without calling goaltending: â†µ 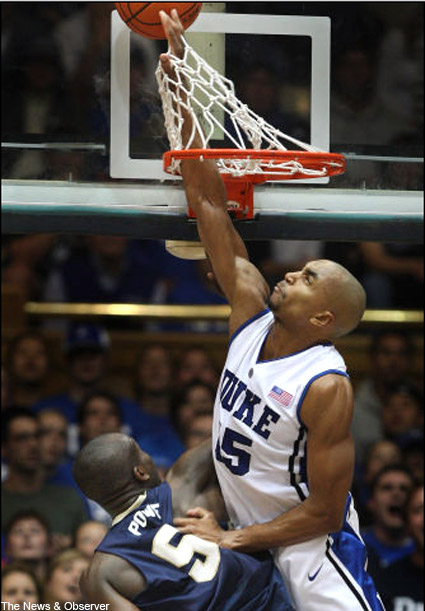 â†µDuke went on to win 97-54. It’s a nice little win for a small program attempting to make a name for itself in the ACC. And just between you and me, I really think they deserve more of these favorable calls. And TV coverage. They just don’t get either of them often enough. â†µ