Mark Cuban (Allegedly) Gets His Inside Trade on

Share All sharing options for: Mark Cuban (Allegedly) Gets His Inside Trade on 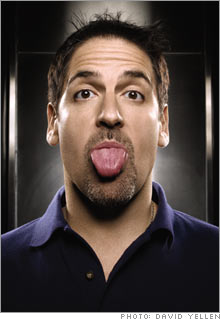 The Dallas Mavericks early season struggles are probably the least of Mark Cuban’s worries this morning. The Securities and Exchange Commission has charged the Mavs owner with insider trading. From the SEC’s official press release, made public within the last couple hours: â†µ

â†µâ‡¥The Commission's complaint, filed in the U.S. District Court for the Northern District of Texas, alleges that in June 2004, Mamma.com Inc. invited Cuban to participate in the stock offering after he agreed to keep the information confidential. The complaint further alleges that Cuban knew that the offering would be conducted at a discount to the prevailing market price and that it would be dilutive to existing shareholders. â†µâ‡¥

â†µâ‡¥Within hours of receiving this information, according to the complaint, Cuban called his broker and instructed him to sell Cuban's entire position in the company. When the offering was publicly announced, Mamma.com's stock price opened at $11.89, down $1.215 or 9.3 percent from the prior day's closing price of $13.105. According to the complaint, Cuban avoided losses in excess of $750,000 by selling his stock prior to the public announcement of the offering. â†µâ‡¥

â†µBecause this is a complaint, not a criminal charge, Cuban would not face jail time. However, fines are usually involved with this sort of charge, and can be up to three times the amount of the money earned from the illegal trade. In this case, that would be $2.25 million. â†µ

â†µOf course, these are still merely allegations and Cuban is still an innocent man. However, he does seem to be the type of guy who is just greedy and arrogant enough to attempt this sort of thing. We’re still awaiting a statement from Mr. Cuban on Blog Maverick. As Clusterstock points out, his latest post is ironically entitled “I Hate to Lose.” â†µ