DEI and Ganassi Racing will merge for next year under the name of Earnhardt Ganassi Racing. If they are racing Chevys or Dodges has yet to be determined. My feeling is that it will be Chevys as DEI has a unified engine program with RCR.
Wow.

Four things hit me as I read about this and realized that this was no longer rumour but reality;

1) Would this have happened if Dale Earnhardt were alive? No.

2) Would this have happened if Dale Jr had controlling interest in the company? Most likely not. 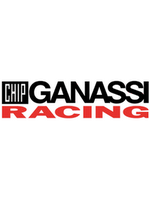 3) I wonder if this is an indication that the proposed GM Chrysler merger will happen? Hmm ... maybe just maybe.

Back in early Sept. a friend of mine told me about some possible changes at Chrysler and its involvement with NASCAR that he had heard about - I won't tell you the source, but let's say it was a fairly credible one - but I never wrote about it because at that time it was still just rumour to me and no one else really knew about it. But let me tell you with the stuff that has been going on lately what I heard just might have some truth to it. Just to be on the safe side though, I'll watch this a little bit more before I let you in on what I heard.

and finally, the most important thing in all of this:

4) What is going to happen to Felix Sabates?