Fading Into the Sunset: Iverson, San Antonio, Dallas, and the Rest of Your 2009 Southwest Divison

Share All sharing options for: Fading Into the Sunset: Iverson, San Antonio, Dallas, and the Rest of Your 2009 Southwest Divison

Well, the previews roll on here at SB Nation, as we've now got the Southwest Division all wrapped up. Will Richard Jefferson give San Antonio the offensive balance they lacked with Bruce Bowen? Will Mark Cuban buy a time machine so that the triumvarate of Jason Kidd, Shawn Marion, and Dirk Nowitzki can go back to 2003? Allen Iverson plays for the Grizzlies now, huh? And what about those pesky Houston Rockets? All topics of interest in the Southwest Division, and we haven't even mentioned the best point guard on earth, New Orleans' Chris Paul.

Below, we've got some excerpts from the previews around SB Nation, and throughout the day, we'll be updating this stream with various thoughts on the division. Formal wear is optional but encouraged: 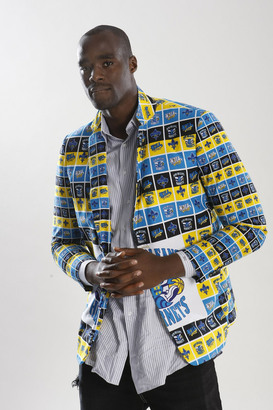 The Spurs will be good this year. They will be very good this year. But, they will need to be great. Will we see greatness? That is the question to be answered and I really like our chances.

There are two ways to look at the Rockets series versus the Lakers in last year's playoffs:

1. The Rockets are a very good team and are capable of beating anyone on a given night, even without Yao.

2. The Rockets got lucky playing against a lackadaisical Lakers team.

Neither of them is right in full. It was really a combination of the two.

The Rockets are a very well put together team, thanks to Daryl Morey. Not one player, on down to the last guy on the bench, is a quitter. They all work hard during the game, in practice and in the weight room. Every player has at least one extreme strength and, with the exception of Chuck Hayes' offensive game, is capable of every facet of NBA level basketball. And that's not a knock on Hayes, as his defensive skills more than make up for his lack of offense. For anyone thinking this team is a 50 game winner as it stands today, I just don't have that leap of faith ability in me. They will be a good team and no one will want a game against them at any point in time this season. However, they will struggle to score and it will be very ugly at times when they do win. Typically going into a season like this most would think there wasn't a lot to look forward to, but with the Rockets that's not the case. Every game should have someone new step up - that's the great thing about having a true 12 man team.

From SBN's Hornets blog, At the Hive:

4. What are the goals for this team?

Hard to say. From a media perspective, the Hornets certainly won't have too much expected of them after last year's disastrous ending. From a player perspective, I'm sure a few guys are feeling some pressure. David West will be 29 next year. Chris Paul's only 24, but his chances at a title have taken a step back from 2007. From a fan perspective, I feel like a first round series win would satiate the majority of New Orleans appetites. Realistic goals will only become clear at least a couple weeks into November. Between Okafor, Wright's starting job, Collison, and Diogu, there are simply too many new pieces to say for sure.

From our Mavericks blog, Mavs Moneyball:

5. What's the window of opportunity for this veteran team?

This Mavericks team is officially in the final two minutes of the game! With each passing year they become closer and closer to the day when they will have to completely reconstruct this team. The Mavericks have been a perennial contender for many years now and have not been able to accomplish the ultimate goal of bringing a championship to Dallas (Thanks largely in part to the phantom fouls on Dwayne Wade, Damn you David Stern!). The Mavericks have maybe two years to get the job done, the time is now!

And from a Grizzlies blog, Three Shades of Blue:

So the Grizzlies have plenty of issues to overcome and a very short time to figure the answers out. The team opens the season against playoff contenders Detroit and Toronto before starting the first of two five game road trips to the West Coast in November. Young or not the Grizzlies have to grow up fast this season.

Be sure to check back later for more.

Fading Into the Sunset? Your 2009 NBA Southwest Divison Preview