Share All sharing options for: Throwback Uniforms: Oilers and Jets (1962) 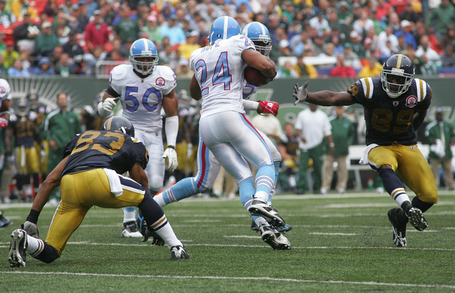 In Week 3 of the NFL season, the 2-0 New York Jets met up with the 0-2 Tennessee Titans. As a part of the AFL Legacy program, both teams wore one of their classic jerseys from back in the day. The Titans wore a uniform from when they were the Houston Oilers, and the Jets wore a uniform from back when they were the New York Titans. CBS' announcing crew had originally been told to address the teams by their former names, which would have been confusing since both teams were at one point the Titans. As such, Greg Gumbel and Dan Dierdorf just called them by their current names -- a wise choice.

I already covered the home blue uniforms that the Oilers wore from that era -- now we see how the white ones stack up. Who had the better garb: the old Titans or the current Titans? My answer will probably surprise you... 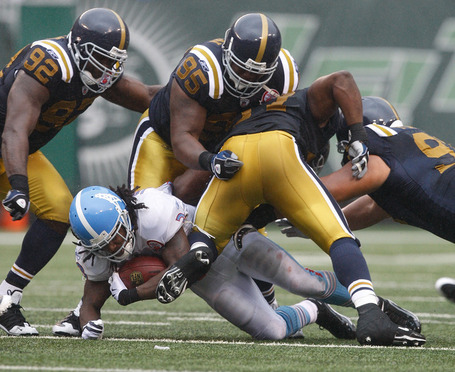 The New York AFL team played as the Titans for three years and didn't do very well at all. The team was sold in 1962 to Leon Hess and Sonny Werblin, who immediately altered everything about them. Their uniforms went from navy and gold to green and white and their name went from the Titans to the Jets -- Werblin didn't like that their old nickname was a synonym for that of their crosstown rivals: the New York Giants. 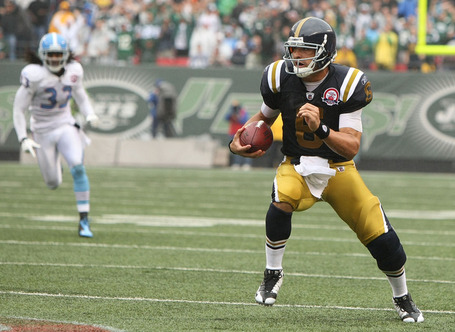 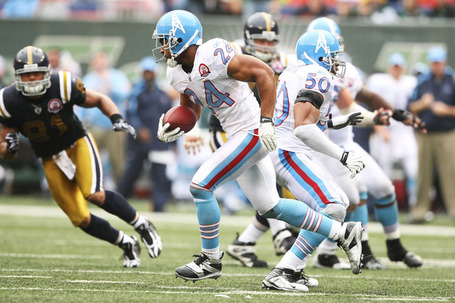 The Jets won, 24-17, and moved to 3-0 on the year, while the Titans sunk to 0-3. Titans QB Kerry Collins missed on his final 13 pass attempts, though a lot of the blame went on the receiving core, who dropped a number of balls. Jets QB Mark Sanchez, the first quarterback in franchise history to win his first three games, was getting mad love from the New York tabloids. 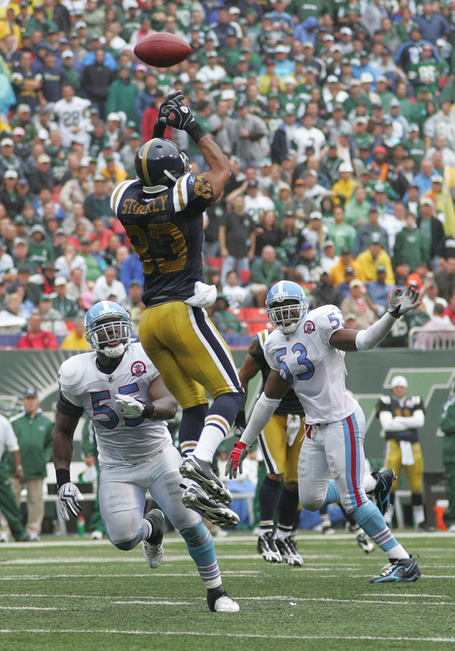 The general public was pretty clear which jersey they preferred. Most people found the old Jets one to be ugly, while the old Oilers road uni got rave reviews. I agree that the home Oilers uniform from that era is great, but the road one? Eh. It barely stood out at all on TV and hardly inspired the roughness needed on a football field. All I'll say is that the Oilers had better uniforms. 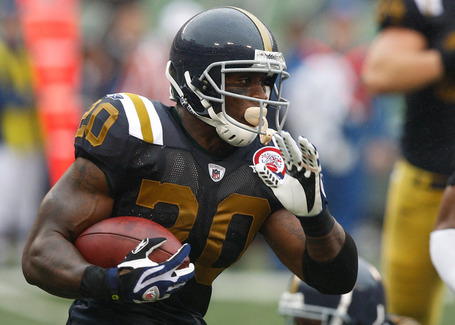 As for New York, I think the reason people hate it so much is because it's a far cry from the uniforms the team currently wears. It's not perfect, but honestly -- the actually design of the outfits look good. Its biggest problem is that the colors are way too strong, meaning that the blue and yellow don't really blend together. It's not great, don't get me wrong, but worse things have been worn.

Let me preface my review by saying that I know absolutely nothing about fashion, that what I think flies in the face of everyone else's opinion, and that I am probably wrong. The old Jets jersey looks okay. It's a little ugly, but the design is good enough that it gets a passing grade. As for the Oilers, I love the home version but the road attire looks bad. There's barely any color to it, and the little color that's there doesn't make it stand out at all from a distance. The road Oilers unis in the 90's looked a hell of a lot better. So there.