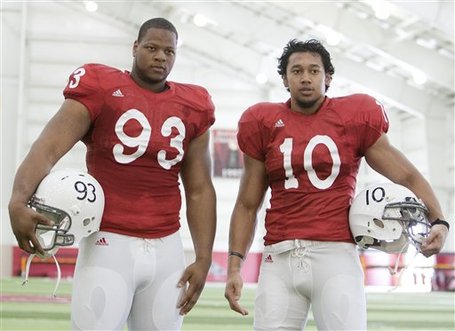 On September 26, 2009, the University of Nebraska celebrated their 300th consecutive sellout at Memorial Stadium, extending what had already been an NCAA record. Their opponent on this important date: the Lousiana-Lafayette Rajin' Cajuns (a team in desperate need of an acronym). Nebraska knew months in advance that this game would be No. 300, so they commemorated the achievement by wearing throwback uniforms from 1962 -- the year the streak first began.

But could the Rajin' Cajuns spoil the Cornhuskers' fun and knock off the 25th best team in the country? Read on!! (The answer was no by the way) 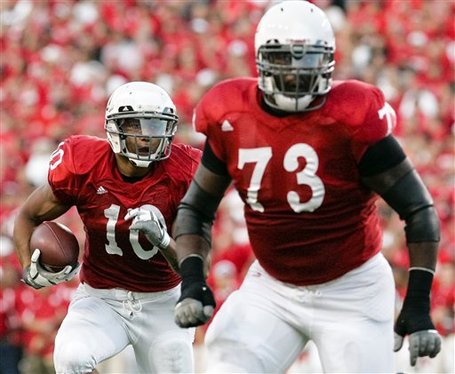 The Cornhuskers' streak began on Nov. 3, 1962 with a 16-7 loss to Missouri. 47 years of consecutive sellouts is mighty impressive, though it makes sense when you think about it. Not only does Nebraska not have a professional sports team, but the Huskers have long been one of the best teams in the country. In other words, if you lived in Nebraska, and you liked sports, college football was really the only option. 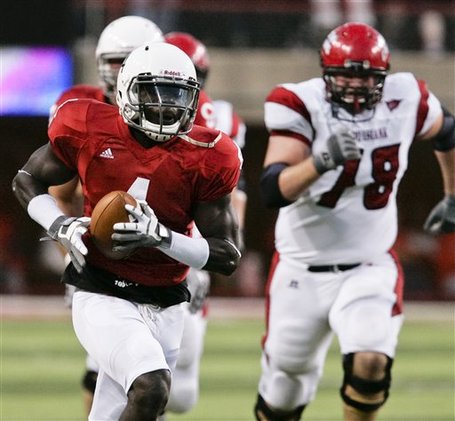 Nebraska wore a replication of their 1962 home uniforms. 1962 was also the first year Bob Devaney coached the team. Devaney was the Huskers' coach until 1972, and led them to a pair of national championships (one undisputed, one shared with Texas). Devaney stepped down in '72 to focus on his duties at the athletic director and named Tom Osborne, his offensive coordinator, as the new coach of the team. The rest, as they say, is history. 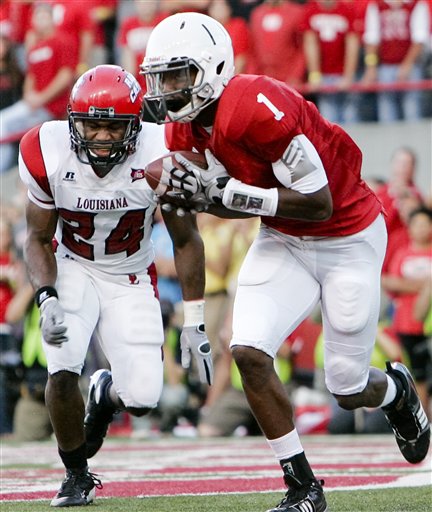 In 1962, Nebraska defeated Miami, 36-34, in the final edition of the Gotham Bowl. The game was played at Yankee Stadium and was discontinued the following season due to low attendance. Too bad. Gotham Bowl is way cooler sounding than all the other commercially-sponsored holiday bowls. 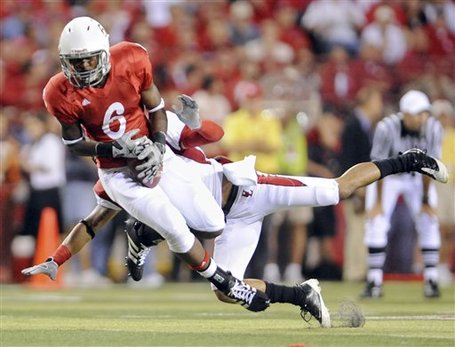 To nobody's surprise, the Cornhuskers made quick work of the Rajin' Cajuns. Nebraska triumphed, 55-0, and gave the record crowd of 86,304 something to smile about. Of the Cornhuskers' 300 straight sellouts, they won 261 of them. 39 home losses over the course of 47 years -- that's not too shabby.

There ain't a whole lot goin' on with the Huskers uniforms: all-white pants, all-red shirt, curvy numbers, white helmet, and numbers on the side of the helmet. But you know what they say: if it ain't broke, don't fix it. Sure, there are prettier jerseys out there, but the old Nebraska duds look fine for what they are. They're pretty much the same things the team wears now, so what does that tell you?