Yahoo's super reporter Adrian Wojnarowski is reporting that the Nets have offered their coaching job to GM Kiki Vandeweghe and will likely bring aboard veteran Del Harris as his lead assistant. 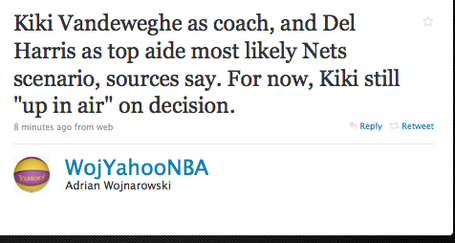 Wojnarowski reports that Vandeweghe is currently milling the offer over and will only take the job if he's joined by a veteran assistant coach (hence, Harris being included in the package deal).  Wojnarowski also threw out P.J. Carlisemo's name as someone who might be that veteran assistant. 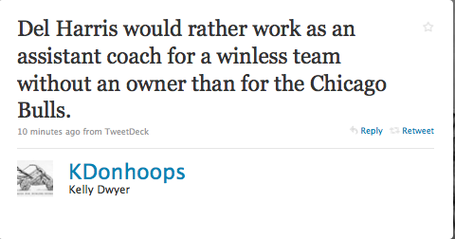 That reflects badly on the Bulls, Harris, or both.  Probably both.