â†µOf particular note is when Kennedy claims that his arrest will be an "international incident." He wasn't lying: NATO met shortly after the incident and, according to a copy of the organization's agenda for Dec. 22 (we're really well connected), the rest of the world was extremely concerned. â†µ 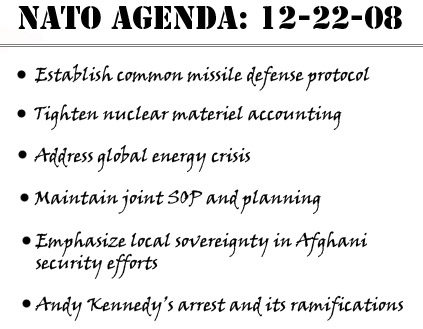