Share All sharing options for: Get Your Kicks On Route...43? 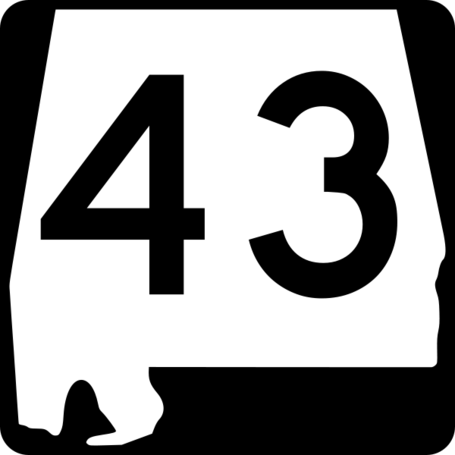 When I was a young boy around the age of three or four, I was a devoted Richard Petty fan. It didn't matter that he hadn't won in a decade or that he was in the twilight of his career. All that mattered was that he was the most recognizable star of my childhood. Perhaps it was the iconic paint scheme or custom cowboy hat but most likely, it was the vast amount of NASCAR video tapes that I had, including one well produced docu-drama starring The King himself. I was devoted.

My parents were forced to take notice as well. They bought me die-casts, cowboy hats and more movies. I responded by continuing in my fandom in ways they couldn't quite grasp.

We lived in a quiet town on the edge of the county and took frequent trips to the local country store. During each of these trips, I would shout "Richard Petty" every few minutes. I would do this for months in front of numerous family members until at last, my mother discovered my trigger.

The street we traveled on was Alabama Highway 43. It just so happened that as a kid, I learned to count by associating numbers with my favorite NASCAR drivers. My mother finally concluded that the Highway "43" sign was the object that made me shout.

It's a cute story, no doubt. It's even more endearing with the fact that my family humored and motivated me to learn even more number-driver combinations. That, in turn, propelled me to become an even bigger fan.

So how about all of you? What are your earliest NASCAR fan-related moments? Please leave a story or two in the comments section below. And as always, the Ranting and Raving staff appreciate all of you that continue to participate.

I love this sport.