If Desmond Howard is wearing a cowboy hat... 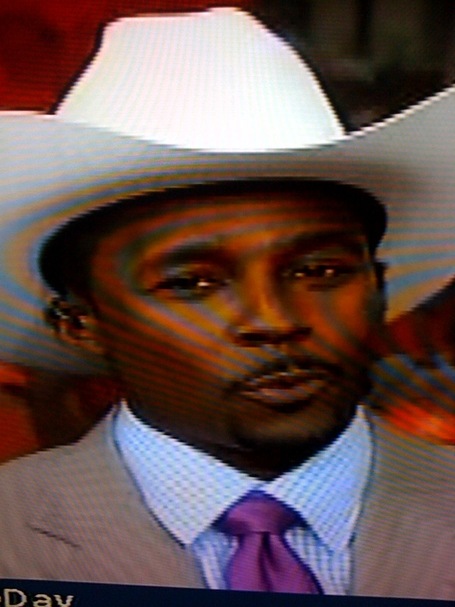 ...then we are underway for week three of the college football season. Leading your uncertain information on the day: the starter for USC at quarterback, who will likely be Aaron Corp, but isn't necessarily Aaron Corp, because Pete Carroll doesn't want to rule out anything, but...yeah, it's Aaron Corp, per the LA Times via Conquest Chronicles.

"Aaron knows he's ready to go," Carroll said. "I've told him, 'Get ready. You have to be thinking and preparing like you're starting the football game.'"

That seemed obvious as Barkley did not practice for the fourth consecutive day.

Additionally, the camera just caught Bevo fertilizing the grass next to the Gameday bus live on television. This day is already off to a roaring start.