When the final buzzer sounded marking No. 1 Texas' loss to K-State in Manhattan, Kansas on Monday night, there's a good chance the buzz and hysteria moving around campus was matched in decibels and excitement 700 miles east in Lexington, Kentucky. Nearly seven years in waiting, UK is back in position for a No. 1 ranking. Oh thank God (or John Calipari) for that.

What's even more important in these parts, is that the 'Cats solidify themselves as top dogs in week three of our SB Nation Power 16, as voted on by our network of college bloggers.

For complete and daily college basketball coverage, check out Searching For Billy Edelin and Blogging the Bracket.

At this time last season, the Wildcats were a respectable 15-4 under Billy Gillispie, and led by the impressive duo of Patrick Patterson and Jodie Meeks.

/continue watching that VHS 1997 season recap that came free with a subscription to Sports Illustrated.

Forget all that mediocrity. Today, UK stands as the lone Division I undefeated squad, and a Saturday win over Arkansas away from reclaiming the No. 1 AP ranking. To get you primed for this match-up, here is a guy who thinks you don't watch television, or read the newspaper, or have any friends to talk about basketball with. What a cool dude. Just bursting with energy and charisma!

You know what wasn't shocking Wednesday night? Baylor's bid to snap the Jayhawks 52 (now 53) home game winning streak. Vegas didn't have a clue, spotting the Bears nearly 16 points. But KU's win was impressive, and they reclaim the top spot in the Big 12 for the time being. The country's fourth highest scoring team, who would have thought their only major contributor would be freshman bit-player Thomas Robinson? KenPom.com statistic fail! 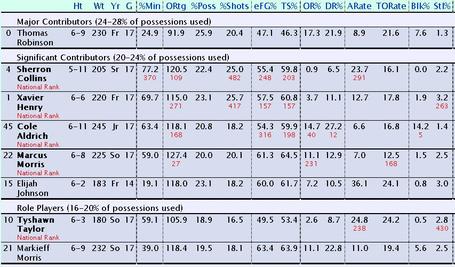 That three game road trip I mentioned last week didn't seem to prove challenging.  The Orange return back to the Dome unscathed with wins over Rutgers, West Virginia and Notre Dame. It's pretty clear this team isn't going anywhere, and Coach Boeheim has whipped these boys in to shape to understand roles, and not play outside of what their capable of. Really, there's nothing left to say, so just acquaint yourself with the "Scoop and Wes Show, with Donna Ditota." The sexual tension is, frankly, palpable.

‘Nova rises this week as the only undefeated team in Big East play, which includes a nice home victory over Georgetown. I know you didn't catch it; too busy with the Divisional Playoffs instead.

In terms of true value to a team, senior Scottie Reynolds is my pick for whatever MVP awards he is nominated for this season. Sans their leader, the Wildcats are marginal at best, a team without an identity or consistent scorer. ESPN's Dana O'Neil gushes over Reynolds in a great feature posted earlier this week. I love it when we stroke the ego of four year lettermen.

Worried about the Longhorns? Don't be. It's mid-January, a time of the season often rife with upsets and lackluster play. Just ask the 2008-2009 UNC Tar Heels. Besides, Manhattan apparently does not mess around. Many reporters were adamant that The Octagon on January 18th was one of the loudest arenas they had ever entered.

Nonetheless, it was interesting to see UT look inferior against K-State. With an abundance of players deserving of minutes, nobody seemed capable of asserting themselves and stop the bleeding, and I saw a lot of finger-pointing when they were down 14 points. Saturday's game against UConn just got a tad more intriguing.

Coming in just a notch below the team they toppled on Big Monday, the Wildcats demand your attention! And shut the hell up Bob Knight! Jacob Pullen's unmistakable beard is fast becoming the top student-section accessory in the country. I love it, and I love the additional parts this team has besides Pullen and Denis Clemente. Honestly, I didn't know much about sophomore Jamar Samuels. But after putting up 20 on the then No. 1 Longhorns, he's hard to ignore now. Samuels has the size and versatility needed to succeed in such a physical conference. He's also from the beltway, proving that pipeline from D.C to the Little Apple remains healthy.

Coming off a ho-hum week, The Only Colors are forcing themselves to write about a rather disgusting win over bottom-dweller Iowa on Wednesday night.  For the top team in a deep, competitive league, the Spartans are a rather boring team. Although I bet Tom Izzo likes it that way.  Not even their media guide has good nuggets on these players. It didn't even let me know about some players' penchant for asparagus with gravy, or that the team sang Natalie Merchant songs together before every game. I got none of that, just a frozen computer as a result of a large .pdf file.

Things Duke has not done this season: started five white guys (but boy they've come close), and won a true road game. They are 0-3 in opponent's home arenas. That's not good; not for a top 10 team. In last night's loss to NC State, the Blue Devils seemed to go down without much of a fight; with "knife-through-butter ease...repeatedly shredding the Duke defense," as Rush The Court so aptly described it.

So with that, what better way to really get a read on this team away from Cameron then with a Saturday primetime matchup against Clemson. Dickie V is already acting like a dog in heat over the whole thing.

Is it possible to underrate a Big East team? We might be doing so. The Hoyas 72 points-per-game is at a seven year high for the program, they're one of 15 teams that shoot 50 percent or better from the floor, and Austin Freeman and Chris Wright are consummate complimentary players for star Greg Monroe. And nobody brings guns into the Verizon Center! They're conducive for family entertainment! Hoya Saxa!

Still cranking with out Tyler Smith, the Vols drama is now in the rear view mirror and we're now looking at an upper-echelon team no longer playing off emotions. When I talked to CBS Sports's Seth Davis this week (I am so connected, right?), he dropped a little analogy on me regarding Tennessee's season to date: When you're on a life raft, everybody is forced to work together to stay afloat and survive. When you're on a luxury cruise liner, everybody just wants to drink the wine. It makes sense, I guess. I can roll with it. Maybe this team wasn't playing to win before gungate, instead simply playing to score and fill the stat sheet. But in desperate times, Bruce Pearl was able to corral their egos and delegate who really gets to do what in order to stay afloat.

The economy is rough, I know, but there should be a job opening for point guard on the Mountaineers basketball team. You can't win in March without a true ball handler. WVU's really only has one: Joe Mazzulla. Problem is, he plays 12 minutes a game and shoots free throws with his opposite hand due to a nagging shoulder injury. That's not good.

They remain in the 11 spot by nearly knocking off Syracuse last weekend, but if Ohio State comes in to Morgantown and steals a win this weekend, it could cripple the morale of Bob Huggins club and wipe out their chances at a protected NCAA Tournament seed.

Unbeaten in their last 14, the Cougars are beginning to separate themselves from Mountain West foes, and could be the most dangerous non-BCS conference team. The Cougars may be the deftest shooting team in the country. They're top 10 in the nation in the following categories:

Quite impressive. Thank god the Mormon code of conduct doesn't prevent them from going dancing in March. 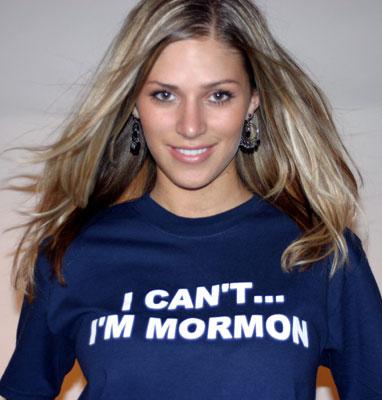 An appearance here is long overdue for this team. The Bulldogs are settling nicely into conference play after beating Oklahoma and Illinois, and winning the Maui Invitational way back in November. Despite the amount of talented players that have come through this program over the last 12 years, it's this season's edition that could boast the most NBA prospects. In just the past few weeks, everyone is going gaga over Elias Harris. The freshman from Germany is cranking up the NBA draft boards, while improving in nearly every facet of his game as the season moves along.

Just when this team exceeds expectations, the Panthers 31 game home winning streak is snapped. No worries though, a stretch of games against Seton Hall, St. John's and South Florida coming up never hurt anybody. Pitt is for real, as they finally have a reliable go-to guy in Ashton Gibbs (he's made nearly half of the Panthers threes) to compliment their always stymie defense.

You probably thought we forgot about the Boilermakers, huh? Dropping a whopping 10 spots this week Purdue may have needed a few days to screen some dope fundamental videos, but I still have this team pegged as a No. 2 seed. It appears that the number 70 will be the threshold for which determines a Boilermaker win or loss. During that rough three game stretch, Purdue gave up 70+ in every game, and even allowed Illinois to do the same during Tuesday's victory. Shore up that defense, Matt Painter, and a radio host in Louisville can stop fretting about having to eat dirt on live radio:

"A Different Player Every Night," was the headline over at Bucky's 5th Quarter after defeating Michigan. That sounds like the title of a smooth R&B song. After spotting Michigan 15 points last night, the luck ran out quickly on the Wolverines as Wisconsin escaped with another win at the Kohl Center.

Without Jon Leuer, Bo Ryan is playing patchwork basketball with contributions from anyone and everyone. Last night, sparingly used Rob Wilson chipped in with 13 on a night in which many other Badgers struggled from the floor. He sounds like an insurance adjuster from Cleveland. This team should continue to win and finish as a top four team in the conference. Yes, sounds like the past 10 years of Badger basketball.

Kicking themselves after losing to Wichita State
Northern Iowa Panthers