Share All sharing options for: I'm Pretty Sure The Opening Ceremony Musical Was Written By A 5-Year-Old

Hear me out here. I've been trying to follow the plot of this musical (or whatever it is), and the only conclusion I can reach is that the story of this musical was written by an overly imaginative five-year-old. Look:

Once upon a time there was a fish kind of thing, but it had a cat or something on its butt.

Then a bunch of fish swam around. 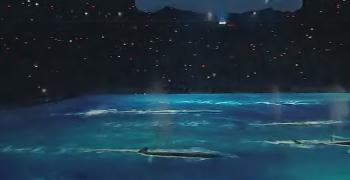 And then the water turned into ice and an old weird guy had a stick. He hit the ground with his stick and there were lights and people dancing around. 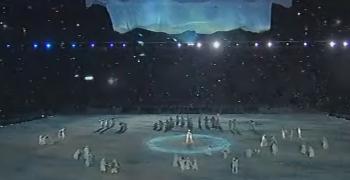 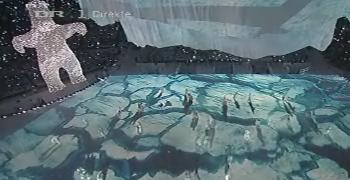 But it was okay, because then the people were on a birthday cake and then they started flying around. 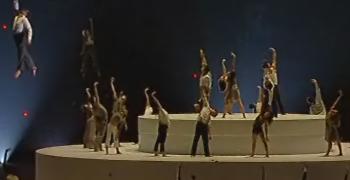 And then Batman played the violin on a canoe that was flying around in the air. 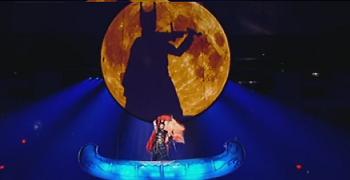