Would You Like To Stroke Kobe Bryant's Ego This Afternoon?

When you reach a certain level in any profession, you earn the right to dictate the way the media covers you. Because when you're the best at something, you become so essential to any meaningful story about that profession, reporters simply can't afford to piss you off, and risk losing access. Michael Jordan had it that way, Tiger Woods did for a while, and Kobe Bryant's no different. That's just the way works.

But come on, guys, this is getting ridiculous. Not Kobe-Pilgrim-ridiculous, but close. 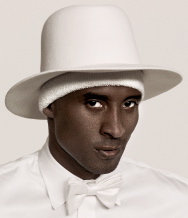 Remember a few years ago when Kobe flat-out refused to shoot during the second half of a Game 7 against Phoenix? Yes? Well, you misremembered, according to Kobe and the LA Times:

"To get back in the game, we needed somebody else to start making shots," Bryant said. "I was just trying to get the other guys going, turn the momentum around." [...]

'"I really tried to help everyone else, it just never happened, we missed shots, they got run-outs, three, three, three, and all of the sudden, the game was out of reach," Bryant said. "I had been successful doing that before, other guys start making shots, the energy picks up, we get back in the game. But nobody saw those games."

That came from Bill Plaschke, and two days after enjoying that precious access, he wrote this:

Well, Monday night, after watching a golden rage pour out of him like pure lava from jagged and smoldering rocks, here's what I think.

This is Kobe with a bigger chip on his shoulder than in his knee. This is Kobe holding a memory as painful as his finger. This is, on or off the court, the most unstoppable Kobe that anybody can encounter. [...]

You want to pin the Lakers' previous postseason failures against the Suns under his watch on him? Pin this -- 40 points in 35 minutes on 23 shots, wow after wow after wow.

And... wow, indeed. Does the L.A. media hand out kneepads in the press room?

Then today, ESPN Los Angeles chimes in to back Kobe's account of that old Game 7:

Bryant, who took only three shots in the second half of Game 7, is largely thought to have given up that night. Analyst Charles Barkley called the Lakers' star "selfish" after the game, suggesting he was passing up shot attempts to make the point that his teammates couldn't win without his scoring. [...]

It was reasonable, given Kobe's ability to take over a game and his recent history of putting up big lines against the Suns, to focus on his point production and offensive aggressiveness. But it may have missed the point of his attack.

With all due respect to the reporters involved, what's next? As Slam's Ryan Jones joked, while we're at it, are we also going to pretend Kobe never went to Colorado that summer? These are the facts: Kobe scored 23 points in the first half of that Game 7, and in the second half, as his team's season was going up in flames, he wound up taking 3 shots.

It was a telling performance as to Kobe's character. After Phil Jackson stressed ball movement at halftime, with the Lakers losing, there was Kobe throwing up his hands, saying with his play, "Here! I'll try it your way!" Whether you think he's grown since then or he'll always be that same, petulant superstar, it did happen. You can't just erase history. Right?

Hmm. Depends on who you talk to, I guess.

...And whether that person is trying to get Kobe Bryant to talk to him.

(Also, a note to LeBron: If you're taking your recent playoff failure hard, don't worry too much. In five years it'll be like that terrible Game 5 simply never happened.)