Cavs' Coach Mike Brown Fired: Deserve Got Nothin' To Do With It

Share All sharing options for: Cavs' Coach Mike Brown Fired: Deserve Got Nothin' To Do With It

It was time for a change in Cleveland.

You may say, "How does Mike Brown possibly deserve to get fired after two 60-win seasons? How do we know it's his fault that the Cavs got knocked out by Boston?" And to that, I'd paraphrase Snoop from The Wire. "It was his time, is all. In the coaching game, deserve got nothin' to do with it." 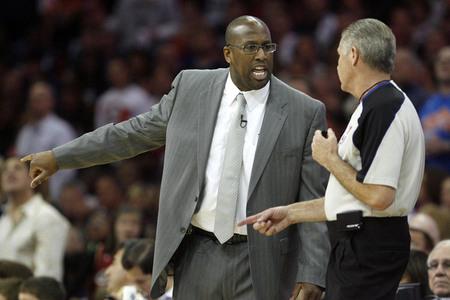 Regardless of whether it's "fair," or whether LeBron James stays, the team has maxed out their potential under Mike Brown. For all the defensive intensity instilled over the course of his years in Cleveland, the offense has lagged. Particularly in the playoffs, when it mattered most. Looking for proof? This year, rather than experiment with different lineups when the going got tough against Boston, Brown tethered his team's hopes—and his own future, apparently—to a lineup anchored by Shaquille O'Neal and LeBron James.

In the end, it cost him his job.

Back in March, I wrote that Shaq's thumb injury might prove a blessing. As I said then, "For a few years now, the Cavs have been better when they play small. More fun, more explosive, and just better. The problem this whole time is that Mike Brown, for all his defensive wizardry, almost never goes to small ball unless foul trouble or injuries forces his hand. This doesn't necessarily make the Cavaliers a bad team, but ... it transforms their offense from what should be a sports car, into a plain-but-perfectly-reliable sedan."

"Playing small, the matchups get a lot more impossible for Cleveland opponents. They can spread the floor with shooters, put Lebron and JJ Hickson in the high or low posts, and ... just eviscerate defenses."

"Suddenly, that team goes from a Ford to Ferrari."

Without Shaq in the lineup, the Cavaliers went 21-4 to close out the regular season, running roughshod over just about everyone in their path. Of course, when Shaq came back from injury just in time for the playoffs, there was Mike Brown, and the Cavs were ordinary again. 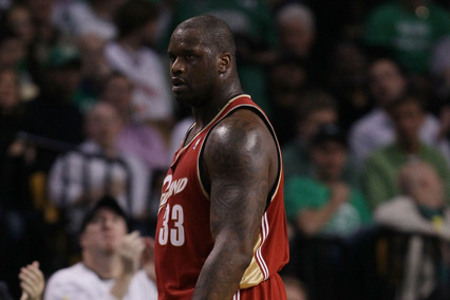 J.J. Hickson went to the bench, Shaq went back to starting and playing most of the game, and a team that had looked invincible down the stretch suddenly looked... Vincible?

Whether "vincible" or vulnerable or vexed, the Cavs didn't have what it takes to win a championship with this, their best roster yet. That's not necessarily Mike Brown's fault, but he's been around long enough that it's his turn to take the blame. That's the way coaching works, and frankly, sometimes it's completely reasonable. Brown's been great for Cleveland, but if LeBron comes back, it's probably time for a new voice in that locker room.

Just the way Jon Gruden's arrival in Tampa Bay helped take Tony Dungy's Buccaneers team to a Super Bowl, in pro sports, sometimes a different voice is all it takes to remove the "underachieving" label from a great team. Just like Gruden's success wasn't an indication of Dungy's failure, any future coach of the Cavs isn't going to make Mike Brown look like the dunce here. He did a great job turning this team into a contender. But sometimes, even with the best of coaches, a team needs a change of pace.

Will a new voice in Cleveland be the change that takes the Cavaliers from "good" to "great"?

Maybe not, but the Cavs owed it to their fans to find out.