The best part of Thursday night's game-winner from Ron Artest wasn't just that he redeemed himself after a truly awful shot about 60 seconds earlier. It wasn't even that his redemption came on an airball rebound, with Ron-Ron careening out of bounds, heaving the ball wildly at the basket (really, that's the only way Ron Artest should ever hit a game-winner.)

No, the BEST part was his postgame interview.

"Queensbridge in the building, you already know."

Now don't get me wrong, I love Craig Sager. But you could tell last night, he was clearly skeptical of his interview subject. As he leads off with "What were you thinking when you put up that shot, when you guys had a chance to run out the clock?"

A normal player might admit that he made a mistake there. Just had a lapse in concentration, or forgot about the shot clock, or... Anything. Ron-Ron? Nah. Never that. His answer, unabridged:

"Well, you know, just play basketball. I mean, there was a point in time where I shot 40% from the three. (shrugs shoulders) I gotta play, you know? And, um, still try to get to the hole. You know, I hit shots before. They just didn't fall today. So, that's the thing about the playoffs. You know, you keep playin' and you never know when that big game gon' come, so... I'm just gonna continue to play, see what happens."

Perfect. That whole monologue could (and should) be the answer to any question in any basketball interview, ever. "Well, you know, just play basketball. I'm just gonna continue to play, see what happens."

And Sager continues, legitimately condescending at this point, "That's the way you keep talking, playing on the playground. But here in the NBA, there's a 24-second clock. And you could have run it out."

A normal player might ask, "Craig, I made a mistake, but why aren't we talking about the game-winning shot I just hit?" Ron Artest, though? Blissfully detached.

"You still gotta play. Yeah we could have ran it out. But you still gotta play basketball." And as if he hadn't ignored Sager enough, toward the end of the interview, he just starts talking about his neighborhood.

"Queensbridge in the building, you already know."

And just like that, Artest wins the interview, as Sager smirks and says... 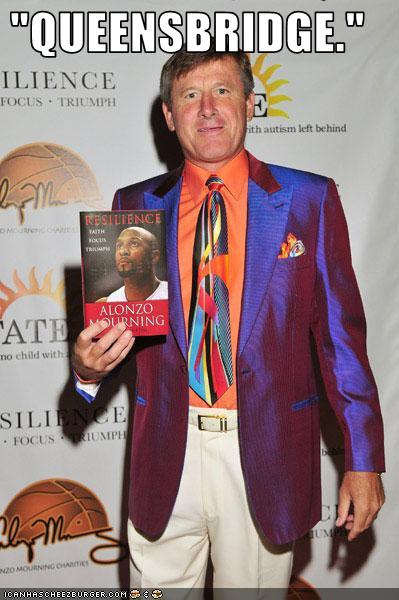