Should The Celtics Get Physical With Dwight Howard Tonight?

Share All sharing options for: Should The Celtics Get Physical With Dwight Howard Tonight?

I've lived in Boston. Went to school there for four years. Loved it. Great city.

But good lord, some of the sports fans are just incomprehensibly ignorant. This is true of sports fans everywhere, yeah, but Boston's worse. Or the ignorant voices are louder, at least. Exhibit A, from this morning's Boston Herald, where one man argues that the Boston Celtics should start roughing up Dwight Howard.

Oh, great. After the jump, we'll break this down, Fire Joe Morgan-style.

There is a time and place for everything.

Like a column designed to galvanize an insecure fanbase on the verge of a historic playoff collapse? By painting Dwight Howard—not age or injuries—as Boston's bogeyman? Sure.

Tonight is the time, and the Garden is the place. It is time for Dwight Howard to be Rambis-ed.

Boston may be on the East Coast, but the time has come for the Celtics to employ some frontier justice...

"Frontier justice." So, like the bowling alley scene in There Will Be Blood? And the Celtics are drunk, desperate, and frustrated? Sounds about right.

...on the Orlando center after two straight games in which he has felt free to decapitate one guy after another.

He tossed Paul Pierce to the floor by his face on one occasion, rapped Kevin Garnett in the forehead with an elbow one time and gave him a face rub on another, and knocked two teeth and all the sense out of Glen Davis’ face in Game 5 on Wednesday night.

For the sake of consistency, this probably should have read "raped Kevin Garnett in the forehead." Nuns "rap" people in the forehead. Dwight Howard rapes foreheads. Clearly.

And those were just the felonious assaults. Never mind the misdemeanors; that rap sheet is longer than Howard’s inseam.

"Dwight Howard" and "rap sheet" in the same sentence? Felonious.

Far be it from me to advocate gratuitous violence, but...

I'm about to do exactly that.

...in the case of the Magic’s elbow-swinging cheap-shot artist, two words come to mind: Why not?

It worked for Kermit Washington, after all.

Playing hard, banging bodies, pushing and shoving to gain position are all well and good. In those cases, Howard is just establishing himself in the post in the way it’s done these days.

Frankly, the time for taking hits is over. It’s time to deliver a few. In the last two games Howard has taken the idea of physical play a bridge too far, and there is only one way to respond: Rearrange his bridge work.

See what he did there? He's talking about his dental bridge.

The NBA has three officials on hand to police such things, but they haven’t. They seem more preoccupied with blowing whistles for jaw boning than jaw rearrangement.

Since the officials have decided to leave it up to the players then it is time for the Rambis-ing of Howard.

Because that totally won the 1984 Finals. It wasn't Larry Bird, Kevin McHale, Cedric Maxwell, Dennis Johnson... The clothesline decided it. WE REMEMBER. WE WERE THERE.

All Celtics fans remember Game 4 of the 1984 NBA Finals when Kevin McHale took down Kurt Rambis on a breakaway as if he was in the calf-roping competition at the National Finals Rodeo. Rambis got up spoiling for a fight but his team didn’t, and what had once seemed like a Lakers blowout turned out to be a Celtics victory. They tied the series at 2 and ended up winning it in seven games.

It all started with the clothesline...

At the time, Cedric Maxwell explained what resulted when he said, "Before Kevin McHale hit Kurt Rambis, the Lakers were just running across the street whenever they wanted. Now they stop at the corner, push the button, wait for the light and look both ways."

Now, it's time for Dwight Howard to MEET THE CROSSING GUARD. 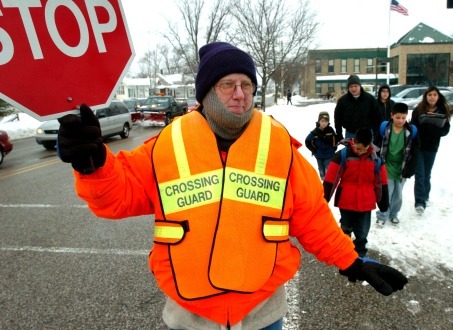 Now it’s Howard’s turn to learn physical play is a two-way street. It’s time for him to eat some bloody chicklets.

Damnit, I guessed the wrong traffic analogy. What are bloody chicklets?

He brought it on himself. Not by scoring and rebounding. Not by pushing and shoving. But by acting as if he has carte blanche to hurt people in the guise of "playing hard."

Note: Dwight Howard has not injured anyone in this series. But he could have.

"I never want a player to go down," Howard said disingenuously after the Magic won Game 5, 113-92.

Trust me, he said it disingenuously. NO ONE DENIES THIS.

"We’re just trying to win. Our intent is not to hurt anybody, but basketball is a very physical sport."

Yeah, bud? Well it's about to get more physical. BLOODY CHICKLETS.

Tonight it’s time for someone to remind Dwight Howard just how physical it can get. If the Magic beat you shooting 3-pointers so be it. When they start beating you up like Manny Pacquiao, a response is necessary.

The last straw came when Howard’s oft-flying elbow leveled Davis, leaving him on the floor Wednesday night bearing a strong resemblance to Mike Tyson the night he was knocked out by Buster Douglas.

Please note: five paragraphs earlier Howard was Tyson in this analogy. See how confusing it can be to demonize someone?

There is only one way to respond to this kind of play...

By winning a series that should of been over in Game 4?

and it’s not by dribbling the basketball and shooting 3’s.

It's a little thing I like to call "Frontier Justice." And "Bloody Chicklets." And "Jaw Rearrangement." And, well, "Gratuitous Violence."

Shelden Williams, your time has come.

Have you heard of Kermit Washington, Shelden? YOU CAN TOTALLY BE THAT GUY.

It's time to put the Boston Celtics to put their foot down... 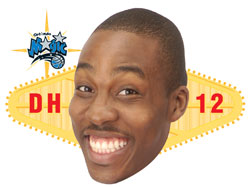 Tonight, at some point, Dwight Howard needs to be given a reason to be glad he has full dental insurance because, hey, basketball is a very physical sport.

...And kick Dwight Howard in his funny f—king face. Who's smiling now, Dwight?

Because that happened 26 years ago. Boston won the title that year. Any questions?

(images via here, here, and here)