With the 17th pick in the 2010 SB Nation NHL Mock Draft, our Colorado Avalanche bloggers at Mile High Hockey select... 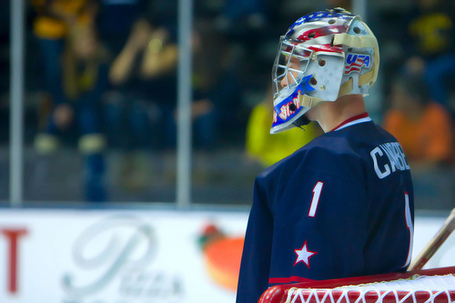 From The Cannon's prospect profile of Campbell:

Jack Campbell is a goaltender for the US Nation Team Developmental Program in the USHL. Campbell is the 2nd highest rater goaltender amongst North American players. In November of 2009, Jack had de-committed to the University of M*chigan to jump to the OHL where he signed with the Windsor Spitfires. In my most humble opinion, I love that he opted not to go to college at that school.

The next pick belongs to the Nashville Predators.