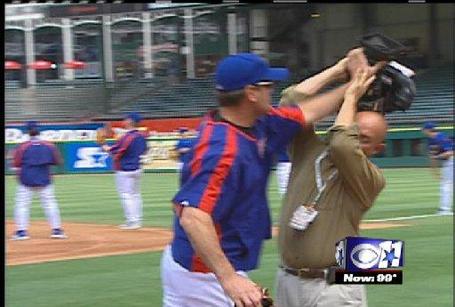 Archibald "Moonlight" Graham comes tantalizingly close to batting in a major league game. The rookie outfielder was subbed in to play right field with his New York Giants losing to the Brooklyn Dodgers, 10-0. In the top of the ninth inning, Graham is on deck, hoping that he can at least face off with a big league pitcher. But teammate Claude Elliott flies out, and the inning ends with Graham still in the batter's box.

It was his only professional game. He would later get a medical degree from the University of Maryland and would serve as a local doctor for more than 50 years. Graham would become immortalized by author W.P. Kinsella, who made him the focus point of his novel Field of Dreams. The book was later made into a movie of the same name, a film that was one of the most highly-respected sports flicks ever made. 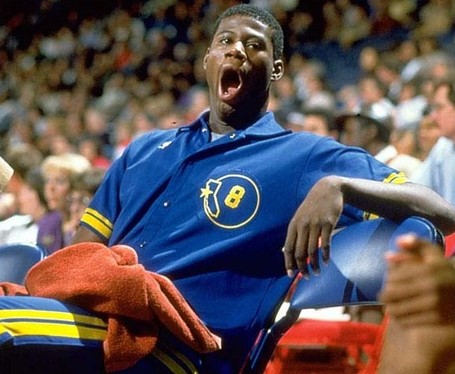 (Chris Washburn, one of the biggest busts ever. Photo by Jerry Wachter, SI Photos)

Chris Washburn of the Atlanta Hawks receives a lifetime suspension after violating the NBA's substance-abuse policy, ending one of the briefest, most infamous careers in league history.

In 1986, Washburn was drafted No. 3 overall by the Golden State Warriors, who saw the 6-foot-10 bigman out of N.C. State as the savior of their franchise. Washburn played just two seasons in the NBA -- one-and-a-half of them with the Warriors -- and battled drug use, drunkiness, tardiness, obesity, off the court arrests, and an overall lack of effort while he was in the league. He played in just 72 games in the NBA, accumulating 222 total points. His career average of 3.1 points and 2.4 rebounds is astoundingly low, easilly make him one of the biggest draft busts of all time, if not the biggest.

"He never was as good as his reputation," said recruiting analyst Bob Gibson. "I watched him at camps, and he never took anything serious. Potentially, he had everything. Size and skill. He just didn't have the work ethic." 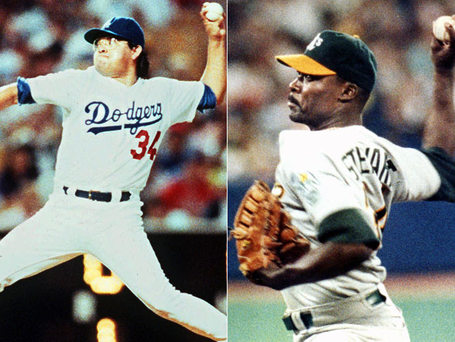 An absolute anomaly occurs as two different major league pitchers throw no-hitters on the same day: Dave Stewart of the Oakland Athletics and Fernando Valenzuela of the Dodgers.

It was the first time that two no-hitters had occurred on the same day since -- say it with me -- April 22, 1898, when Ted Breitenstein and Jim Hughes both threw no-hitters. In the end, the big winner of the night was ESPN, who managed to broadcast Stewart's no-no in Toronto and Valenzuela's no-no against the Cardinals in succession, back-to-back.

In one of the rare instances of two superstars being traded for one another, the Houston Rockets send Steve Francis, Cuttino Mobley and Kelvin Cato to the Orlando Magic for Tracy McGrady, Juwan Howard, Tyrone Lue, and Reece Gaines. Orlando was coming off a disastrous 61-loss season in which they lost 19 straight games after winning the season-opener. McGrady, who had been upset with the Magic since they traded Mike Miller, his close friend, to the Memphis Grizzlies, demanded a trade and said that Houston was the only team he would sign for long-time.

Francis was seen as one of the 10 or 15 best players in the league. He had averaged at least 15 points, five assists and five rebounds in his first five seasons -- something only Grant Hill and Oscar Robertson had done before. But McGrady had led the league in scoring in each of the past two years, and the Rockets were more than willing to jettison Francis for a shot at T-Mac.

The trade, however briefly, proved beneficial for both teams. Orlando rebounded and posted 36 wins the following season. But Francis, who had never wanted to go to Orlando, soon found himself squabbling with the organization. In a 2006, Francis refused to re-enter a game against the Seattle Sonics and was promptly suspended for a pair of games. A couple weeks later he was traded to the New York Knicks.

As for the Rockets, Tracy McGrady proved to be the more suitable sidekick for Yao Ming. McGrady and Yao made the Rockets a contender while the two of them were together. However, injuries routinely ruined Houston's chances at going far in the postseason. In 2009, they pushed the L.A. Lakers to seven games in the semifinals, but not before losing both Yao and McGrady to season-ending injuries.

Francis stopped being a superstar the moment he was dealt to New York. His numbers started to drop precipitously and because of his gargantuan salary, no team was willing to pick him up. The last team he played for, ironically, was the Houston Rockets in 2007. He played ten games alongside Yao and McGrady before an injury pushed him to the sidelines.

One day, Rangers pitcher Kenny Rogers was walking onto the field during warmups when he decided to confront a pair of cameramen. He knocked both men and their equipment to the ground, even kicking the camera, and threatened to do more before his teammates led him off the field.

It was a bad moment for the 40 year-old pitcher, who was having a great season after a few sub-average years in Texas. MLB commissioner Bud Selig suspended Rogers for a whopping 20 games and handed him a $50,000 fine. He was however allowed to pitch in the All-Star Game, which was controversial considering many felt his suspension should include the All-Star Game. His suspension was later reduced to 13 games on arbitration.

Bud Selig was not at all pleased to see Rogers' suspension decreased. "A player goes out on the field, tosses cameramen around -- not one, not twice, but three times -- unprovoked by these people, by his own admission. To me, that is just absolutely unacceptable," he said. 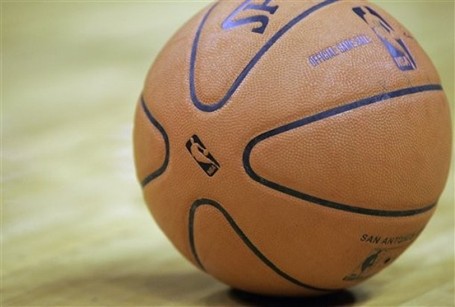 The NBA unveils a brand new, synthetic game ball for the 2006-07 season. This composite basketball was not made of leather and was instead manufactured from the same micro-fiber material used in college basketballs; the change was the first the NBA ball had seen in 35 years and was met with a great a deal of criticism.

When it was actually used in regular season games, the complaints grew and grew. Some complained that the ball was leaving cuts on their hands, while others stated it was too sticky and hard to handle. Aside from looking different than the original ball, the successor seemed to have a different result when it was shot. Bank shots for instance would appear to hang on the glass for an instant before just dropping in, an effect that the previous balls did not exhibit.

A prime example of this came on November 12, 2006, in a game where the New Jersey Nets beat the Washington Wizards 105-93 in overtime. The Wizards had an 87-84 lead with just a few seconds remaining in regulation. The ball was inbounded to Vince Carter, who took a last-second three just before the clock ran out. His shot hit the back of the rim, which would have resulted in a long ricochet with the old ball. Instead, it took an incredibly small bounce and dropped into the hoop, as though it had lost all its momentum. When asked if the result would have been the same with the old ball, Carter admitted, "If it would've hit like that? Heck no. No way."

Gilbert Arenas, who was on the losing end of Carter's shot, was one several players who approved of the change. "It's a shooter's ball," he told the Washington Times. "It's easier for grip and guiding. And if it hits the rim, it's just going to die and go in, just like Vince Carter's shot. If it's leather, that means Vince Carter's ball would have bounced to halfcourt. For shooters, it's giving you all those lucky baskets."

Buckets such as that made the league's field goal percentage and scoring average increase. But in the end, not enough players liked it, and on New Year's Day 2008, the league officially switched back to the leather ball. The composite ball was used for only two months.