NBA Free Agency 2010: A Primer To Prepare You For The NBA Apocalypse

Why is everyone freaking out about this summer's NBA free agency class? And who is going to end up where? And what the hell is a "sign and trade" anyway? Mike Prada has these answers and more in his NBA Free Agency primer.

Share All sharing options for: NBA Free Agency 2010: A Primer To Prepare You For The NBA Apocalypse

So, did you hear? The NBA is going to completely change this summer, and a new era unlike any we've ever seen will be ushered in. There will be a superteam that'll dominate the NBA! There will be a return to the golden era of DA BULLS! There will be the Knicks ... striking out! The NBA as you know it will never be the same!

Oh, who am I kidding. Yes, it's true, the long-awaiting Summer of 2010 bonanza is almost upon us. On July 1, teams can start negotiating with arguably the most loaded free agent class of all time. (Well, at least officially. I'm guessing the only difference between July 1 and June 17 is that the NBA doesn't need to turn a blind eye to all the tampering anymore). For the next month, we are going to be bombarded with rumors and fancy terms like "max contract" and "sign and trade" until we're all blue in the face. Metaphorically speaking at least.

It's all a bit overwhelming, especially since it's 2010 and rumors, figures and "facts" are flying at us left and right. So here's our attempt to try to make sense of everything as we enter the silly season. 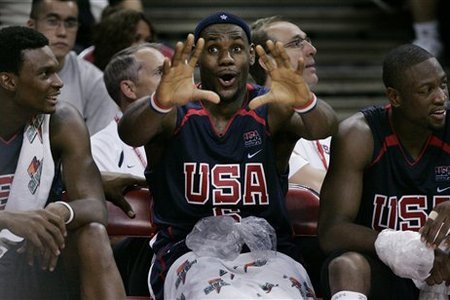 WHY IS EVERYONE FREAKING OUT?

Because there's never been a free agent class as decorated as this one. The only year that comes close is 1996, when Michael Jordan, Gary Payton, Shaquille O'Neal, Alonzo Mourning and Reggie Miller were the headliners.

Better yet, to prepare for this epic class of goodies, many NBA teams have literally been gutting their entire rosters over the past couple years just to get the chance to have enough cap room to sign these guys. When you combine a ton of supply with a ton of demand, you get a ton of craziness.

WHO IS ACTUALLY A FREE AGENT?

The following players, among others:

All those guys (except for Rudy Gay, who is also the youngest of the bunch) have made at least one all-star appearance in their career. So yeah, this is big.
(Oh, and except Scal too, but he got snubbed last year. The Celtics couldn't have made it that far without his high fives). 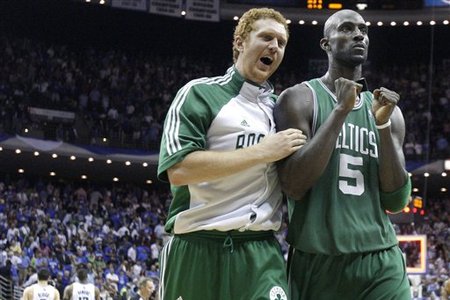 HOW MUCH MONEY CAN THESE GUYS GET?

It depends on how many years they've been in the league and the final salary cap figure. Current projections suggest the salary cap will be set at $56.1 million, but we will not know for sure until July 7. Based on that figure, the maximum six-year contract for someone who has been in the league at least seven years will pay a player approximately $16.6 million over the first year, with a maximum of 10.5% raises on that initial first-year salary in subsequent years. Therefore, if you add $1,743,000 (10.5% of 16.6 million) to each of the six years, this is what you get:

Therefore, the most any one player can get is a six-year, 125.7 million dollar contract, if my current figures are correct. These are subject to change.

(AN IMPORTANT NOTE: Free agents can only receive a six-year contract if they re-sign with their current teams, except in a sign-and-trade scenario, which we'll discuss below).

WHO HAS ENOUGH CAP ROOM TO SIGN THESE GUYS?

Based on that $56.1 million cap projection, the following teams, as of July 1, are projected to have enough cap room to sign a max free agent outright. (Salary figures via Sham Sports and Wyn Douglas' page): 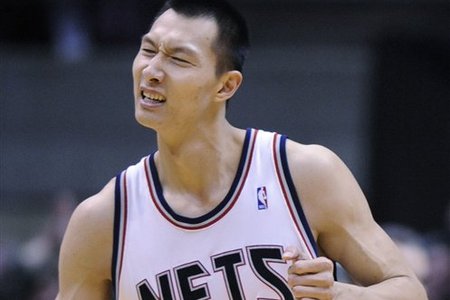 WHAT DO YOU MEAN "RENOUNCE THE RIGHTS?" NOW YOU'RE GETTING ALL TECHNICAL ON ME

Normally, NBA rules allow teams to go over the salary cap to re-sign their own free agents (a provision known as the Larry Bird Exception). This, along with the ability to add a sixth year to the deal if necessary, is the advantage the NBA provides to teams hoping to re-sign their players. You'll hear a lot about how the Cavaliers technically have the "upper hand" (financially, I mean) in re-signing LeBron to a bigger contract. This is why.

However, in order to do that, they have to retain those rights. Once they do, the NBA gives each player what's known as a "cap hold," which, depending on the player, can be worth anywhere from 150 to 300 percent of the player's salary the previous year. This cap hold sits on the team's salary cap until an NBA team does one of two things: re-sign the player, or renounce their rights.

This closes a loophole that would allow NBA teams to make bids on other team's free agents using their cap space, then deal with their own free agents later using the Larry Bird Exception. In order to clear up that cap room, teams must first forfeit their exclusive rights to their own free agents. Most of the time, that's no problem (the Heat aren't keeping Quentin Richardson anyway, so who cares?). However, there are some cases where this could be an issue.

Take the Knicks, for example. They could have enough space to sign two maximum free agents, but they would have to renounce the rights to David Lee, a potential fallback option if they can't get two max guys. If they renounce David Lee to create the space for those two max guys, and then strike out on that bid, they can't go back to Lee and sign him using the same advantages the home team normally gets with free agents. In essence, they would have as much a chance of getting Lee as any other team. So this puts the Knicks in a difficult spot where they essentially have to lose Lee to give themselves a chance to get two max free agents.

Here's Lee's reaction to that: 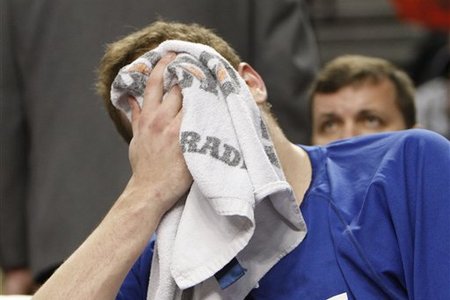 WAIT, YOU CAN GO OVER THE SALARY CAP?

The NBA has a soft salary cap, not a hard salary cap like the NFL. In general, you can only sign another team's free agent if you are that far under the salary cap. However, there are a number of exceptions that allow teams to go over the cap and still add players to their team. All of those exceptions are detailed here.

There is a second line, known as the luxury tax, that acts as a deterrent to teams who want to use those exceptions to spend spend spend. Once you hit it, you must pay an additional dollar for every dollar you are over. This has not stopped big-market teams like the Lakers, Mavericks and Cavaliers (wait, Cavaliers?) from going over, but it's there to deter many other teams.

As a point of reference, the projected luxury tax line for this year is expected to be somewhere in the $68 million range. You'll hear references to both lines over the next month, but understand that they are different.

SO ARE YOU SAYING TEAMS WITH CAP ROOM ARE THE ONLY TEAMS THAT CAN GET A MAX FREE AGENT?

No, not necessarily. As mentioned above, a player's existing team can go over the cap to re-sign their own free agents, and they can offer them a sixth year when the other teams can't. This means, in theory, the Cavaliers can still keep LeBron, the Suns can still keep Amare, the Raptors can still keep Bosh (nevermind) and so on.

In addition, teams can execute a sign-and-trade where they agree to sign a player, then immediately trade them for other players, prospects, draft picks and the like. In theory, this gives anyone the chance to get a max free agent, but in practice, this really only adds teams like Houston and Dallas, who are willing to spend and have a number of enticing pieces (Houston basically has three Knicks first-round picks they can trade, while Dallas has Erick Dampier's non-guaranteed $13 million contract that teams can trade for and then immediately get off their cap) they can send back to teams.

That is, unless teams actually want Erick Dampier. 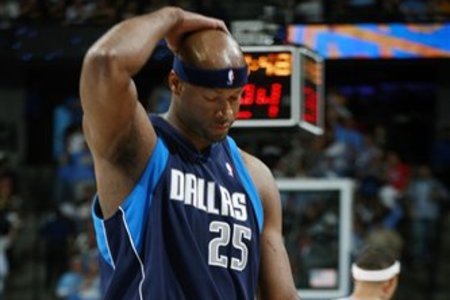 NOW YOU'RE REALLY FREAKING ME OUT. EXPLAIN THIS WHOLE SIGN-AND-TRADE THING AGAIN?

A sign and trade basically is exactly what it sounds like. It means that, instead of losing their free agent for nothing, a team signs them and immediately trades them to another team to get something in return. That something could be players, draft picks, a trade exception or any combination of the three. It also doesn't have to be a classic NBA trade where the salaries match up (unless, of course, the sign-and-trade is with a team that's over the salary cap, like Houston or Dallas).

So because of all of that, you'll hear a lot about how the top free agents are only switching teams in the event of a sign-and-trade. The Bulls, for example, don't quite have enough room to sign two maximum free agents outright, but they could execute two sign-and-trades while giving up someone like James Johnson or Taj Gibson to clear up the necessary salary-cap room to absorb the price.

WELL WAIT A MINUTE - WHY DOESN'T EVERYONE JUST DO SIGN AND TRADES THEN?

It requires cooperation. The player has to agree to sign with one specific team. He then has to convince his current team to give up pursuing him and try instead to work out a sign-and-trade arrangement. Then, the two teams need to find a deal that works for both sides, even though neither has a ton of incentive to work together. All the while, the player just kind of sits there, waiting for two NBA GMs to bungle up a relatively easy arrangement, as they so often do.

You can see why so many of these break down in practice. We're talking about the NBA here. 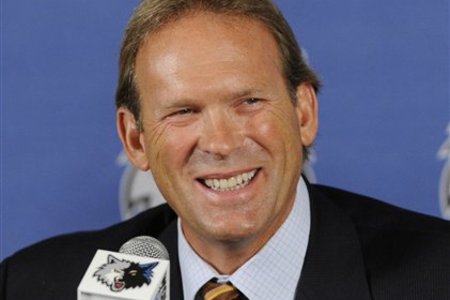 ARE THERE ANY OTHER LOOPHOLES MY TEAM CAN USE TO GET WHAT THEY WANT?

Probably not, no. The NBA does a lot of things poorly, but if you try to find a loophole to their salary structure, chances are they've already closed it. David Stern is ruthless like that.

WHAT HAPPENS TO THE TEAMS WITH CAP ROOM THAT MISS OUT ON ALL THE TOP GUYS?

One sensible thing for them to do is to explore some trades. They have an advantage in that they can absorb a player's contract into their cap space without having to send back matching salary. There are many teams still struggling financially, and there are several players (Al Jefferson, Andre Iguodala, Luol Deng, Gilbert Arenas, anyone from Cleveland if LeBron leaves, maybe even Chris Paul, to name a few) that will likely be on the trade market. Many of these guys can be had for very little real value.

Another sensible thing for them to do is to do nothing and keep their cap flexibility. That will come in handy down the road sometime.

The stupid thing for them to do would be to give other free agents way too much money because they can. Since this is the NBA, I'm guessing this is what ends up happening. Knicks fans, don't shoot me if your free agent haul includes big contracts for Luke Ridnour and Jermaine O'Neal. I'm just the messenger.

COOL. SO WHAT'S YOUR PREDICTION?

I have received some very good inside information from an NBA player that suggests it will shake down like this.

My source? THIS GUY! 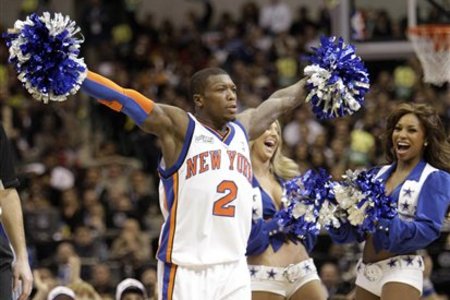 (Actually, that's just my opinion. I guess we'll see how it all shakes out in the end).