Share All sharing options for: No More Berman Bites?! Sadly, ESPN Zone To Close 'Most Locations'

It's never a good sign when you have a chain of stores struggling, and the ownership decides, "You know what? Maybe this whole thing was a terrible thing to begin with. Let's just see if we can just abort the idea altogether."

But, uh... That's what's happened to ESPN Zone, according to the Baltimore Sun:

The Walt Disney Co. is shutting down most of its ESPN Zone locations, a chain of sports-themed restaurants located in seven cities, according to published reports. The only outlets to remain open are those tied to a Disney property, such as the Downtown Disney shopping district in Anaheim. 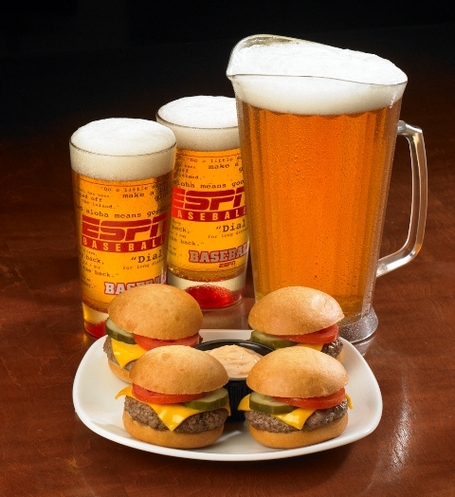 More from the Sun:

It's unclear what prompted Disney to close the establishments, although the bars may well be a casualty of the recession. A poll released in March by AlixPartners found that 30 percent of consumers planned to eat out less frequently and to spend less per meal than they did the year before.

...casual dining restaurants like the ESPN Zone have been among the hardest hit, as consumers gravitate to less expensive chains such as Chipotle or Panera Bread, which offer sit-down dining at fast-food prices. ESPN may also have suffered from the problem that has afflicted other restaurant chains — the novelty simply wore off, he said.

Wait, the novelty wore off? With food like this? How is that even possible? 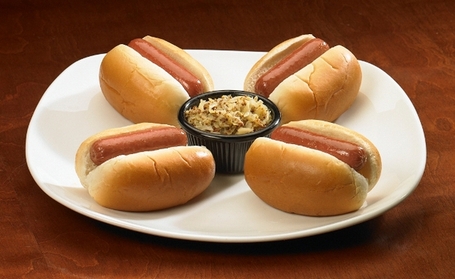 Oh. These hot dogs were $27.00? Well, then. That makes sense. Yeah, I could see how that novelty might wear off... So long, ESPN Zone, you will be missed. By someone. Somewhere out there.