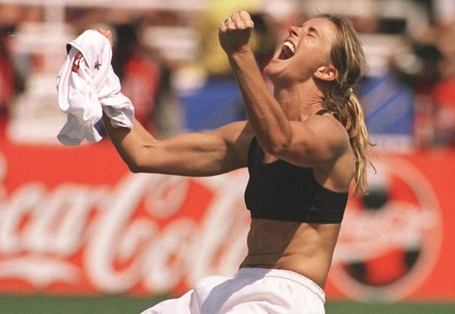 The Chicago Bulls promote Phil Jackson to the head coaching position four days after they fired Doug Collins. Jackson, known as the "Zen Master" for his spiritual style of coaching, led the Bulls to unprecedented success. It was under him that Michael Jordan was at last able to win a championship in 1991 and it was under him that the Bulls won 72 games in 1996. In the final six years that Jackson had Michael Jordan on his roster to begin the year -- as he spent almost two years playing baseball -- the Bulls won it all.

He was later hired by the Los Angeles Lakers and led them to several championships with Kobe Bryant and Shaquille O'Neal as the stars. In 2009, his Lakers beat the Orlando Magic in five games, making him the first coach in NBA history to win 10 titles as a coach.

In front of a Rose Bowl crowd of 90,185, one of the greatest moments in female athletics occurs, as the United States women's soccer team beats China to win the FIFA Women's World Cup. The score was tied at zero at the end of regulation, but on penalty kicks, the U.S. won 5-4. The game-winning kick, and one of the most replayed highlights in history, came from America's Brandi Chastain, who launched the soccer ball just right of Chinese goalie Gao Hong.

As the American crowd erupted, as the United States team raced onto the field in celebration, Chastain whipped off her shirt and twirled it in the air, revealing a black Nike sports bra. "Momentary insanity," Chastain later said. "I thought, 'This is the greatest moment of my career,' and I lost control." The image of Chastain's celebration would grace the cover of Time Magazine, Sports Illustrated, and Newsweek.

It was a phenomenal moment in women's sports. Soccer was said to be irrelevant in America, and women's team sports had been nothing but obscure. But here was a case where a combination of the two had somehow worked. The crowd of 90,185 was the largest for a women's sporting event ever, while an additional 40 million people watched the World Cup Final on ABC, the largest TV audience ever for a soccer game in America. The team was so huge that even president Bill Clinton was on hand for the final match. The men's soccer team, which had never even come close to winning the World Cup, couldn't approach that if they tried. The women were undeniably better than the men.

Just two years later, the Women's United Soccer Association, the world's first female professional soccer league, played its first game. The league was founded in an attempt to capitalize on the success of the U.S. women's team; some believed that the championship game proved that an all-women soccer league could be legitimized in this country. However, even though the league featured many of that team's players, such as Mia Hamm, Briana Scurry, and Chastain, the WUSA failed to reach its expectations. The league icurred zero mainstream attention, and in 2003, the league was forced to fold after accumulating close to $100 million in losses. 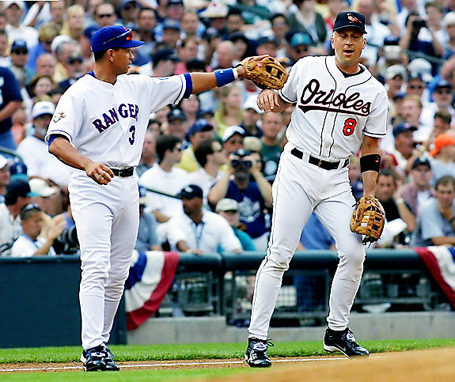 The Seattle Mariners were well represented at the 2001 All-Star Game. Eight members of the team that would win a record 116 games played at hometown Safeco Field, yet it was Cal Ripken Jr. who stole the show. Before the game, Ripken was offered his old shortstop position by Alex Rodriguez (Ripken had been a third basemen for several years). Then, in the third inning, Ripken sailed the first pitch he saw from Chan Ho Park over the left-field wall for a home run, making him the oldest player (40) to hit a homer in an All-Star game.

"That's the kind of magic that Cal brings to the field," said NL starting pitcher Randy Johnson. "That's what he has brought to the field. It would have been very fitting for it to be a 1-0 game, with Cal getting the game-winner."

The American League won 4-1 and Cal was named the MVP. It was both he and Tony Gwynn's final season, and the two were honored after the game. For Ripken it was the perfect sign off for what was a tremendous career in Baltimore. Gwynn had been named as an honorary All-Star and was unable to play in the game, to the disappointment of many.

Also making headlines was honorary third base coach Tommy Lasorda, the former Dodgers manager. In the sixth inning, Vladimir Guerrero's shattered bat flew out of his hands and right at Lasorda. It knocked the former Dodger to the ground, where he tumbled on his back. Initially, everyone was nervous when the old man hit the grass, but the masses erupted in laughter when they saw he was okay.

The humor in seeing Lasorda fall on his backside was that he was an explosive manager who, among other things, was not timid when it came to dropping obscenities.