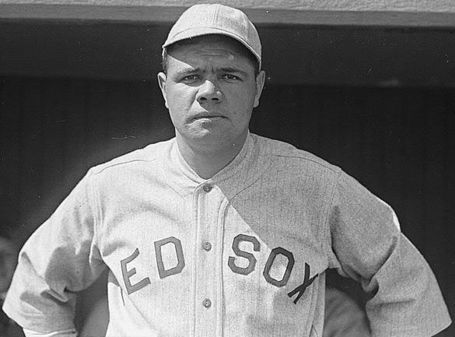 George Herman "Babe" Ruth makes his major league debut as a 19 year-old pitcher for the Boston Red Sox. Ruth pitched seven innings to earn the win as the Sox beat the Cleveland Indians 4-3. Just days earlier, the Red Sox had acquired Ruth in a trade with the Baltimore Orioles; the O's also offered to send Ruth to the Philadelphia Athletics and Cincinnati Reds, but both teams declined.

Ruth spent the first five seasons of his career primarily as a pitcher. Years later, after being traded to the rival New York Yankees, Ruth became a full-time hitter and the most famous baseball player of all time. Those who support the argument that Ruth is greatest baseball player ever cite his prowess in both hitting and pitching. Besides leaving the game with a .342 batting average, 714 home runs, and 2,217 RBI, Ruth finished with a pitching record of 94-46 and an ERA of 2.26. His record 29 consecutive scoreless World Series innings held up for over four decades, until Whitey Ford broke it in 1962.