Why Jesse Jackson Should Not Be Talking About LeBron James, Sports And Slavery

With his latest commentary on sports, the Reverend Jesse Jackson compares the owner of the Cleveland Cavaliers to a slave owner that "sees LeBron James as a runaway slave." And just like that, Jackson is wrong again.

Share All sharing options for: Why Jesse Jackson Should Not Be Talking About LeBron James, Sports And Slavery

Part of me feels like this should be written in comic sans, but since that font's not available on SB Nation, we'll have to go straight for this one. Jesse Jackson needs to shut up.

When? Always. Jesse Jackson should always talk less than he does.

Why? Because he's Jesse Jackson.

Coming on the heels of LeBronnukah and the Historic Festival of Narcissism, you'd have been hard-pressed to imagine a scenario where things could actually devolve further into a buzz of intolerable discourse and inane back-and-forth. How many ways could this possibly become more insufferable?

To quote LeBron James: "It's a very, very small number. And, I probably could count them on my fingers." The short-list, here:

"But he's starting a dialogue!" you say. But see, he's creating a dialogue where his perspective — and the people who may actually share it — automatically operate at a disadvantage.

Because what's Jackson's ultimate goal in commenting on something like Dan Gilbert's letter about LeBron James? What can he do? Get Gilbert in trouble with the Rainbow Coalition? Pressure Stern to fine a billionaire? No, that's not the goal here. As Jason Whitlock explains at Fox Sports:

This is an attention grab by Rev. Jackson. He heard about ESPN’s impressive ratings for "The Decision" and, like a mafia don, wants to wet his beak. Why let Jim Gray and ESPN executives have all the fun exploiting LeBron’s naivete?

There’s enough of LeBron’s carcass for Jesse to feast, too. And Gilbert’s childish letter to Cavaliers fans in the wake of LeBron’s departure gave Jackson the opening he needed to break out his knives and forks.

What's the easiest way to polarize Americans and attract attention? Slavery analogies! So of course Jackson wrote an open letter responding to Gilbert's open letter. From the Rainbow Coalition:

Mr. Dan Gilbert's accusations, expressed in an open letter to LeBron James after his announcement that he will play next year’s NBA season for the Miami Heat, have legal and social implications for the league, its union and the character of LeBron James. By saying that he has gotten a free pass and that people have covered for him way too long, Gilbert suggests that LeBron has done something illegal or illicit.

He speaks as an owner of LeBron and not the owner of the Cleveland Cavaliers. His feelings of betrayal personify a slave master mentality. He sees LeBron as a runaway slave. This is an owner employee relationship — between business partners — and LeBron honored his contract.

This isn't breaking new ground for Jackson, of course. He's made a career out of injecting himself into situations where he's got no business interceding, and that's fine. But since this is a sports website, it bears mentioning that just about every time Jackson offers an opinion on sports, it's polarizing, exaggerated and ultimately unfair.

There was the time he accused the NFL owners of colluding against signing Michael Vick. As he said then, "I want teams to explain why they have a quarterback who has less skills but is playing or at least is on the taxi squad, and a guy with more skills can’t get into training camp." Suddenly, Jesse Jackson's an NFL scout?

How about this: NFL teams didn't want to sign a player with declining skills and a dizzying array of protesters and media trailing his every move. Does that make NFL owners racist, or reasonable? And to that end, if Ben Roethlisberger became a free agent tomorrow, would every team in the NFL jump to sign him? Of course not.

And by drumming up talk of a conspiracy, Jackson merely added to the stigma surrounding Vick.

Then there was the time he wrote to the Green Bay Packers accusing them of racism after firing head coach Ray Rhodes. By all accounts, Rhodes was a very average head coach; his .468 winning percentage in five years in charge with the Eagles and Packers would attest to that. But when the Packers decided to go in a different direction, Jackson saw an opportunity to inject himself into the situation.

Ask yourself: Who does that help? Suddenly, NFL owners have to worry about backlash from the Rainbow Coalition if they hire a black head coach, but then decide to go in a different direction. Does that make them more or less likely to hire an African-American in the future? 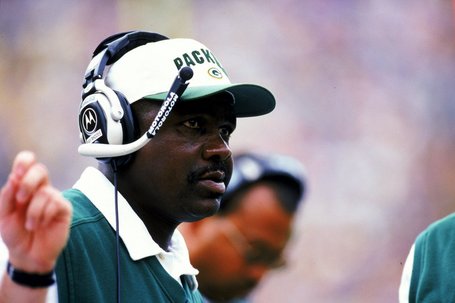 Then there's Jackson's latest stunt. Comparing Dan Gilbert to a slave owner lashing out at his runaway slave, LeBron James. Really — just look at that sentence.

There are two problems with Jackson's statement. One stems from his slavery analogy and speaks to this particular discussion (James and Gilbert), and the other concerns Jackson's involvement in the first place, and his place in society. Let's tackle the former issue with a story from my youth.

I was 12 years old, and in the midst of making some presentation to an ethics class, I made the mistake of comparing the experience of early-20th Irish immigrants to slaves. In hindsight, it's one of the more embarrassing things I've ever said. Completely ignorant, and downright offensive. But I said it and had to deal with the consequences. Black friends came up to me for the rest of the week asking how I could ever say something like that. White friends ridiculed me, too. At one point, there was even a rumor going around that my family used to own slaves.

It was awful, but it taught me a lesson. Some things, white people just don't understand. The sheer scope of slavery is beyond most anyone's purview, but especially white people. You could spend a lifetime studying slavery and what it meant to society, but unless you're an African-American, you'll never know what it feels like to have a great-great grandfather that could have been beaten — or much worse — for reading a book.

At 12, I definitely didn't understand slavery, but after my unfortunate analogy in Ethics class, at least I understood that I never would.

So, back to Jackson: The problem with comparing LeBron to a slave is that it automatically restricts the discussion that could (and should) take place surrounding Gilbert's unhinged rant.

By invoking slavery, Jackson took the discussion to a place where the majority of participants are unqualified to comment. How can we disagree with a black man invoking slavery? It's a brilliant rhetorical move by Jackson; anyone who steps up to disagree would be shut down as someone who doesn't understand slavery, nor the dynamic between the master and slave during that horrific era of world history.

Of course, if nobody can credibly dissent, no tangible discussion can take place. Jackson's now the loudest voice in the room, delivering a sermon on slavery that most of his congregation (us) can't talk about with any credibility.

But what if we just want to talk about Dan Gilbert and LeBron James?

Jackson's made that impossible. The discussion's been cast in starkly racial terms now, and once that happens, there's no going back. At that point, because of Jackson's exaggerated analogy — or at least polarizing enough to feel exaggerated — rather than discuss the actual issue, we're all thrust into this weird nexus of politics, history, resentment and shared confusion. That's not a place where a whole lot gets accomplished.

And are white people supposed to apologize for not wanting to engage in a discussion surrounding a slavery analogy? It's just not very productive for anybody. 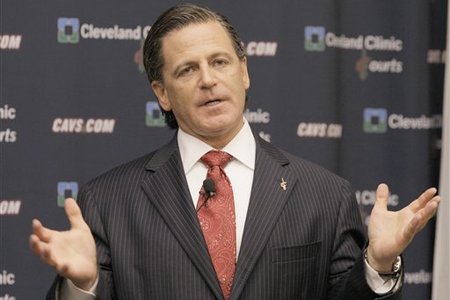 And that's why this really sucks.

There's real room to discuss this situation in racial terms, but it requires nuance that Jackson's incapable of, and after he weighs in with some sensationalist nonsense, nuance becomes impossible.

But why did Jackson make the slavery analogy? Not to dwarf conversation, but for the same reason he says anything that's controversial. Because without extreme racial pandering, Jesse Jackson rarely has a place at the table. No public pulpit from which to deliver his bombastic sermons. No way to show the public he's still fighting the civil rights fight, even if it's coming out sideways these days, and doing more harm than good.

Then, when we condemn Jackson, it validates him. It allows him to point to his dwindling group of acolytes and and say, "Look at this! The struggle continues ... They still won't recognize our voice!"

But the problem is that we do recognize his voice, and he's distracting us from a more meaningful, inclusive conversation. The sort of stuff that actually leads to change.

Rather than say there's a conspiracy among owners to freeze out Michael Vick, why not just ask whether a superstar Caucasian would have faced the same scrutiny from the media and NFL disciplinarians?

Rather than complain about Ray Rhodes — who got two separate opportunities to lead a team — getting fired because of racism, why not point to a case like Leslie Frazier, and actually help him get hired?

Rather than call Dan Gilbert a slave master, why not just ask America whether Gilbert would have written a similar letter to a white superstar?

But Jackson doesn't want to ask those sort of questions, because he doesn't necessarily have the answer. Because he can't control the dialogue. But most of all, because those questions don't get everyone talking about Jesse Jackson.

So, it's fine for Jesse to comment on sports. But when he does, we ought to keep our eye on the ball.