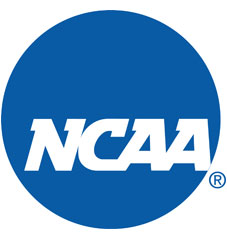 One of the best things about every new medium of communication humanity will invent? College football coaches will find a way to commit NCAA violations with them! The Orlando Sentinel reports that Florida's being dinged for illicit Facebook contact...

â‡¥â‡¥A rival school turned Florida football into the Southeastern Conference for improper use of Facebook as part of the Gators' four secondary NCAA violations committed in the last year, Florida revealed in response to an open-records request from the Sentinel.â‡¥â‡¥

â‡¥â‡¥A Florida assistant posted on the Facebook walls of two recruits on Aug. 5, which an opposing school monitored and turned into the conference. Florida then self-reported an assistant's Facebook wall posting to a recruit on Aug. 7, a separate violation.â‡¥â‡¥

...and Mississippi self-reported a similar violation last week. It's a new era in college football recruiting! And it just moves all the illegality of other communication online!

If you believe that there hasn't been an upswing in coaches using Facebook, Twitter, and other social media to contact recruits, I have a handsome 750-page tome on Lane Kiffin's judicious and classy conduct to sell you. There are much more serious recruiting violations—and many more of them—that have nothing to do with Facebook, Twitter, and the rest, and it's pretty easy to have contact on Facebook and Twitter that isn't readily detectable. The world of social media is far too ungovernable to be addressed fully by the NCAA (and if there were a list of organizations that would regulate social media conduct correctly, the NCAA is probably near the bottom) and the possible violations not significant enough to fret over.

But this is a reminder that the portal used to "like" inane updates in the vein of "I have a mole in the exact shape of a Lady Gaga album cover!" is also probably an important tool in recruiting the future stars of Saturday, and there's probably very little anyone can do about it. I shudder to think of the first coach who manages to get a recruit to sign by doing favors in FarmVille.