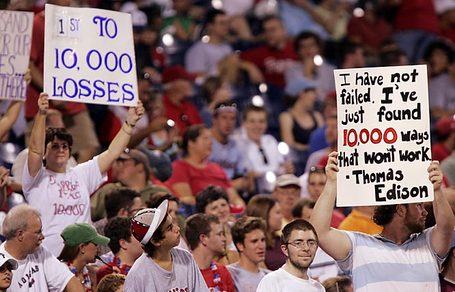 The Cleveland Indians were playing the Chicago White Sox in a seemingly-ordinary July game when White Sox manager Gene Lamont, having been tipped that Indians slugger Albert Belle was using a corked bat, appealed to home plate umpire Dave Phillips. Phillips confiscated Belle's bat and took it to the umpire's locker room, where it was to be x-rayed to see if it contained cork.

The Indians players panicked. Everyone on the team knew that Belle used a cork bat and that a fine and suspension were inevitable. That was when Jason Grimsley, a young and loyal Indians pitcher, decided to do something crazy. He climbed into the ventilation shaft and, with a flashlight in his mouth, crawled above the ceiling until he eventually got to the umpire's room. He dropped down and removed the tainted bat, replacing it with one from teammate Paul Sorrento.

When the umpires got back, they quickly became aware of foul play. The replacement bat looked nothing like the one they had apprehended and even had Paul Sorrento's name on it. The umps interrogated the Indians players, who had hid the bat in one of the lockers. Unable to locate the original, the umpires asked the Indians to hand over another bat used by Albert Belle. Grimsley and the Indians might have gotten away with the swipe except, as Omar Vizquel later put it: "The problem, of course, was that all of Albert's bats were corked."

Belle's alternate bat was scanned, hacked up, and proven to contain a cork in the center. He was given a ten-game suspension that was later reduced to seven games on appeal. Belle, who couldn't see the humor in the suspension, claimed that the White Sox players were out to get him and had replaced his bat with an illegal one. Of course, no one gave much creed to this excuse, not when everyone on the team would later profess Belle's use of corked bats.

Belle was the highest-profiled player to ever get busted using a corked bat, or at least that was the case until 2003, when Sammy Sosa got caught using one as well.

Rafael Palmeiro doubles for the 3,000th hit of his career, earning him a standing ovation from the crowd at visiting Safeco Field. Palmeiro, who was otherwise known for endorsing and appearing in Viagra commercials, joined Hank Aaron, Willie Mays, and Eddie Murray as the only players to attain both 500 home runs and 3,000 hits. Although Palmeiro was initially lauded, he would find himself hated less than three weeks later when he was suspended for taking a different type of performance-enhancement drug: steroids.

The St. Louis Cardinals crush the Philadelphia Phillies, 10-2, making the Phillies the first team in sports history to reach 10,000 franchise losses. The Phillies had been a terrible organization for decades and once went 98 years without a championship. At the moment, the city of Philadelphia was in a winless streak of its own, having not won a title since 1983. However, the Philadelphia fans appeared to embrace the lackluster distinction; they chanted "10,000" throughout the game and gave the club a standing ovation when they finally lost.

The Phillies' accomplishment had been 125 years in the making. They began play in 1883 as the Philadelphia Quakers and inauspiciously lost the first eight games of the season; in 1904, they became the first team to ever lose 100 games in a year; from 1918 to 1948, the Phillies had just one winning season and placed among the bottom three teams in the National League 28 times; in 1961, they lost a big league record 23 games in a row; in 1964, they blew a six-and-a-half game lead with 12 games to go in the season; in 1993, they lost the World Series on a game-winning home run to Joe Carter. They had even started a pitcher in 1940's (Hugh Mulcahy) who was so bad that he earned the nickname "Losing Pitcher."

But as they say, it's always darkest before the dawn. Philly fans basked in the sorrow that came with their 10,000th loss, and just one year later, they defeated the Tampa Bay Rays to win their second World Series in franchise history. As Ed Barkowitz of the Philadelphia Daily News wrote after the title, "Phillies' 10,000 loses a distant memory."