David Kahn Explaining Himself Is About As Amazing As You'd Expect

Share All sharing options for: David Kahn Explaining Himself Is About As Amazing As You'd Expect

Without saying too much—and distracting readers from the brilliant oasis of incompetence that is David Kahn—I'll just mention that video of this entire exchange can be found here, and you really need to click through to see the Darko discussion with Chris Webber. Anyway, an incomplete transcript of the exchange...

Matt Winer: How do you go about changing culture, after a 15-win season? How do you address that?

Kaaaaahn: I thought that we started last season, even though there was no improvement in terms of wins and losses. But our facilities, our practice court. The weight room needed to be upgraded. They were. We modernized our players' lounge... We have breakfast and lunch now, before-and-after practice."

But you can't just snap you're fingers and say, "Oh, we're going to be a better culture now."

Kaaaaahn: I think that Darko came over here way too early. I think he made a terrible mistake. He should have never been the second pick in the draft. However, the people that picked him second in the draft saw the talent, and the skill that he has. And he went through a very rough patch in Detroit...

He's 7'1, legitimately. He moves fluidly like a forward. I've haven't seen a big man pass like him.

Kaaaaahn: Vlade will be the first one to tell you that. Vlade's known about the kid since he grew up in Serbia ... Nobody is jumping up and down yet. What Darko needs to do is put a whole season together. ... We expect him to have a decent little season. I think he's got a great chance to be our starting center this year. (ed. note: even better now that Kahn traded Al Jefferson)

Webber: Yeah, and I ask that question, you know, not thinking of him the way that you did, but the one thing that every guy that's played this game knows is that all it takes is for someone to believe in you and put you in a position for success. So, I definitely look forward to watching his growth with you guys this year.

Kaaaaahn: Well and I think your career is somewhat indicative. I mean, what year was it when you really felt like you were in your own?

Webber: Yeah, you know. I'm—I'm not really sure. But (laughing) we're not talking about me and Darko at the same time.

Kaaaaahn: But not until you got to Sacramento. Did your career take off?

Kaaaaahn: I'm not suggesting that your career mirrored him, but it takes time for some of the guys, you know everybody's so impatient—

Matt Winer: Do you think stability and belief are the missing ingredients?

Kaaaaahn: And I think style of play. We play a lot of elements of the triangle, and a lot of what Chris' teams ran in Sacramento. It took Darko two days to pick up what many of the players took two months to pick up.

Matt Winer: The NBA will be watching... David, we appreciate the time.

"He was like mana from heaven." That's the rare quote that has the potential to define two separate legacies. David Kahn, for once saying that about Darko Milicic. And Darko, himself, for having the worst GM in history praise his heavenly properties. Which, when you think about it, is really the story of his NBA career.

But can David and Darko turn things around? Chris Webber's not convinced. 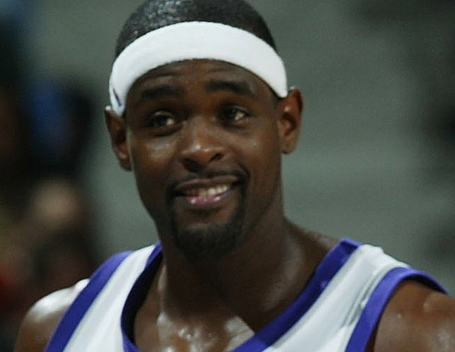