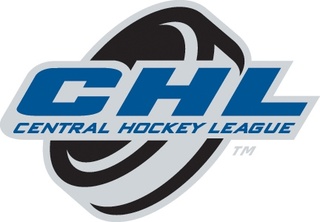 There are enough professional leagues that are dogged by the perception that players dog it during the majority the regular season, as a playoff appearance is virtually assured for every team save for maybe only the obviously mediocre or wretched. Instead of combat that, the Central Hockey League is going to reinforce that view and then some by changing its playoff format to allow 16 of its 18 teams to make the postseason, a move that has drawn peals of criticism from observers. â†µ

â†µPreviously, the CHL had allowed 10 of 15 teams to make the playoffs, with the top three teams in each conference earning a bye with the fourth and fifth place finishers meeting in a first-round playoffs series. Following a merger with the IHL, the league expands to 18 teams. â†µ

â†µIf the purpose is damage the regular season for the sake of a postseason expansion money grab, there are those who argue that even that would be ineffective. From Greg Rajan, who covers the Corpus Christi IceRays for the Caller-Times: â†µ

â†µâ‡¥Contrary to what some people think, putting more teams in the playoffs won't help many teams financially. In my years covering the CHL, I'd say only a handful of teams actually made money during the playoffs. Why? Because it's hard to sell playoff tickets. You have to resell your entire season-ticket inventory and there's little lead time to go out and sell groups or plan for games. Plus, many playoff games fall on less than attractive nights, such as mid-week days and Sundays. Combine low box-office numbers and player salaries and it's not a pretty financial picture. â†µ

â†µThere you go. While the NHL and AHL admit a slight majority of their teams to the postseason, it's no where close to the roughly 89 percent that the CHL is aiming to do. What they're left with is a meaningless 66 games held to cash in on often inconvenient-for-fans playoff games. Moreover, how is a fan supposed to establish an emotional connection over a season with a team if they are only really motivated to care once the postseason arrives. Sure, there might be a slight uptick in sales for some of the frontrunning teams, but not enough for that to be a sustainable economic model for the league as a whole. â†µ