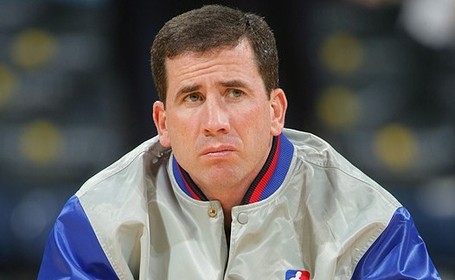 In 1962, Giants rookies pitcher Gaylord Perry was taking batting practice when Harry Jupiter of the San Francisco Chronicle approached his manager, Alvin Dark. Noting that Perry was making good contact, Jupiter told Dark, "This Perry kid's going to hit some home runs for you." Dark turned to him and, according to Perry, replied, "There'll be a man on the moon before Gaylord Perry hits a home run."

Seven years later, Gaylord Perry had not hit a single home run after more than 400 at-bats. On July 20, 1969, Perry was in Candlestick Park when it was announced that Apollo 11 had landed safely on the moon. Less than one hour later, Perry slammed a Clause Osteene pitch to the fences for a home run -- the first of only six he would hit in his 22-year career.

Hank Aaron, at age 42, hits his 755th career home run unceremoniously in front of 10,134 hometown fans. He had been traded from the Atlanta Braves to the Milwaukee Brewers at the end of the 1974 season, which allowed him to continue playing at the designated hitter position. The home run marked the 40th he had hit since passing Babe Ruth for the most longballs all time. Bobby Bonds, the father of the player who would one day surpass Aaron in home runs, was in the outfield as Aaron slammed the ball to the bleachers.

Though it was only July, the home run proved to be the last one he would ever hit. Aaron would play only 23 more games and finished the year with the worst numbers of his career: 10 home runs and a .229 batting average. But no one would ever remember his final year in Milwaukee; his record-breaking blast in April of 1974 overshadowed his less than stellar ending.

Dick Drago, the Angels reliever who gave up the homer, would later realize that it was his name that had been tethered to history -- Aaron's last home run victim. "It came up somewhere in some trivia thing or something I read," Drago said years later. "After that I kind of used it as trivia and nobody knew the answer [even though] I was asking the question."

Milwaukee County Stadium, where Aaron hit No. 755, was later torn down in 2001; a plaque was erected in the pavement where Aaron's final home run landed. 29 year-old Richard Arndt, a part-time Brewers groundskeeper, was the man lucky enough to snare the baseball when it reached the stands. Arndt intended to give the ball to Aaron in return for an autographed bat, but the meeting never happened and the Brew Crew fired him. Arndt would keep the home run ball in a safety deposit box for 23 years before selling it to a collector -- his reward for two decades of patience? $650,000. 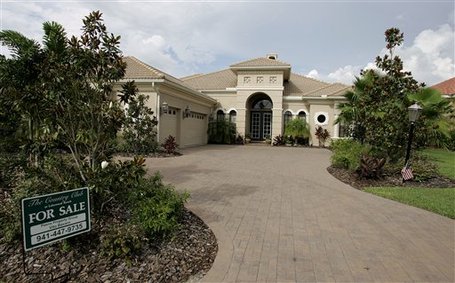 For many years, whether facetiously or not, rumors and speculation had existed that the NBA was rigged. Among the unsubstantiated theories was that the league had manipulated the 1984 lottery selection so that Patrick Ewing would head to New York, that the league coaxed Michael Jordan to retire in 1993 to avoid inquiries into his gambling habits, and that the league had purposely fixed Game 6 of the 2002 Western Conference Finals, assuring a Sacramento Kings defeat and an all-important Game 7.

But no rumor of piece of speculation could possibly prepare people for the news that broke on July 20, 2007, when the FBI announced that 13-year referee Tim Donaghy -- who had resigned just 11 days earlier -- was under investigation for games he officiated. Donaghy, who was previously notable for being one of the three officials during the Pacers-Pistons brawl, was found to have used his position as an official to affect the betting line of the games he reffed. From 2003 to 2007, Donaghy informed co-conspirators of his actions and received a payment when the results produced a profit. In 2007, the betting line moved about 1.5 points on average for every game he refereed.

It was a backbreaking incident for the NBA. Just a month after a four-game sweep by the San Antonio Spurs in the NBA Finals -- the lowest-rated finals of all time -- an official was found to be fixing games. NBA commissioner David Stern, knowing more than anyone the seriousness of the allegations, said in a press conference, "I've been involved with the NBA for 40 years in some shape or form, and I can tell you that this is the most serious situation and worst situation that I have ever experienced, either as a fan of the NBA, a lawyer for the NBA or as a commissioner of the NBA."

Stern insisted that Donaghy had acted alone, that he was a "rogue official." Had the investigation concluded that more referees than Donaghy had been bought out by gamblers, it could've meant the end of the league's credibility and marketability as a professional sport. Thankfully that was not the case. As stating in the original charge list, "Donaghy concealed this scheme from the NBA and other referees in order to prevent its detection."

Donaghy would plead guilty to counts of illegal wire fraud and transmitting betting information through interstate commerce. In June of the following year, Donaghy was sentenced to 15 months in federal prison.

In the wake of Donaghy's arrest, the league did everything in its power to prove that its outcomes were legitimate. Ronald L. Johnson, a retired two-star Army general, was put in charge of overseeing the referees. When, during the playoffs, Chauncey Billups made a three at the end of the quarter that had been helped by a clock malfunction, the league publicly admitted fault. When, in Game 4 of the Western Conference Finals, Brett Barry appeared to be fouled on his final shot but wasn't given one, the league acknowledged that a foul should have been called and that the referees got it wrong. And when Shaquille O'Neal was accidentally disqualified from a Hawks-Heat game for having six fouls, when in actuality he only had five, Stern ordered that the final minute of the game be replayed months later -- a decision unprecedented in the NBA.

Serendipitously, other things happened in sports that defused the Donaghy betting scandal. Not only did Michael Vick's trial for dog-fighting and Barry Bonds' chase of Hank Aaron deter sportswriters, the NFL stole all the headlines when Patriots coach Bill Belichick was found to have illegally taped Jets' practices in an incident known as "Spygate." In addition, the NBA was helped by a pair of enormous trades by the Celtics and Lakers, two enormous franchises that had been invisible of late. The Celtics acquired Kevin Garnett in July and the Lakers acquired Pau Gasol in February, allowing both teams to meet in the NBA Finals.

But Donaghy wasn't done talking. In the middle of the Celtics-Lakers finals, Donaghy alleged in a court filing that Game 6 of the 2002 series between the Kings and Lakers was in fact manipulated so that Los Angeles would win, and that two of the officials working that game were "company men" who had the best interest of the league in mind. While Donaghy, a convicted felon angling for a sentence reduction, had obvious credibility issues, it only intensified the rumor surrounding Game 6, which had become the most infamous game in league history. In spite of the mud-slinging, the Celtics-Lakers series continued to draw large ratings on ABC. Weeks later, Donaghy was sentenced to prison.