Go Away, John Fogerty: The First Hour Of The Baseball Hall Of Fame Induction Ceremony

Share All sharing options for: Go Away, John Fogerty: The First Hour Of The Baseball Hall Of Fame Induction Ceremony

As is its annual wont, today's Baseball Hall of Fame induction ceremony is an exercise in tedium and inconsequence. Here's a brief rundown:

- Every Hall of Famer in attendance is introduced individually. This took about a half-hour, which would be fine if the speaker didn't use such horrible transitions. "This guy beat you with his glove. But Lou Brock beat you with his legs! Speaking of legs, Johnny Bench! Let me tell you about a bench, a bench named Reggie Jackson!" I'm exaggerating, but it was pretty terrible.

- The American and Canadian national anthems were sung. The Canadian anthem, despite being at least twice as good as the American anthem, was completely butchered by a guy whose name I will not include here, because that would just be mean.

- John Fogerty. Just everything about him. Before any of the Hall of Famers got to speak, the Creedence Clearwater Revival frontman was given the floor in celebration of the 25th anniversary of his song, "Centerfield." 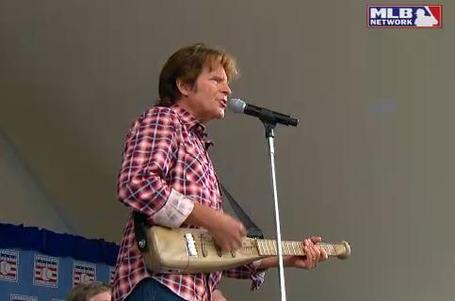 Luckily, many a Fogerty bro (Brogerty?) was in attendance, and they seemed to enjoy it. 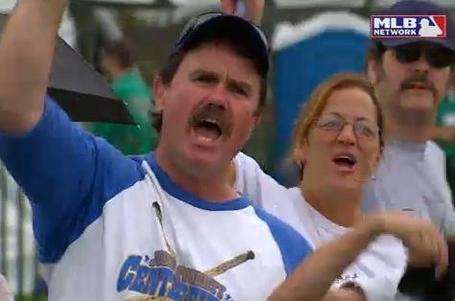 Baseball Hall Of Fame Inductions: At Long Last, The Hawk Flies To Cooperstown