Trivia! Who Are The Most Gang-Affiliated Teams In Pro Sports?

Share All sharing options for: Trivia! Who Are The Most Gang-Affiliated Teams In Pro Sports?

First off, I don't mean to sound like an uncool, non-gang-member here, but I always thought it'd be cool for gangs to wear Detroit Lions gear when they're in the streets." Think about it.

"Yo, we're so hard we ain't gotta rep the Raiders... We wearin' Lions baby blue!" 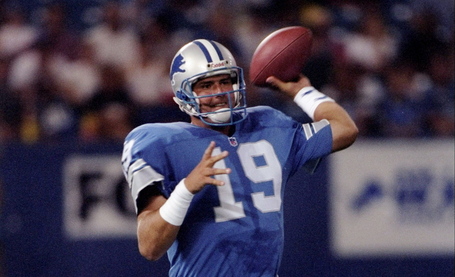 "Scott Mitchell, son! WHAT? WHAT?"

Sadly, the Detroit Lions did not make the list of the 10 most gang-affiliated hats in pro sports. It's a great list, though, if only for the names of the gangs, and the reasons for their affiliation with, say, the Minnesota Twins.

Why do the Raiders belong to People Nation and Folk Nation, specifically? Because for Folk, "Raiders" stands for "Ruthless Ass Insane Disciples Running S**t." For the People Nation, it stands for "Raggedy Ass Iced Donuts Everywhere Running Scared." Man, that's so f'ing real, you probably think it's hilarious.

But who's the one gang member that all the other gang members are scared of? 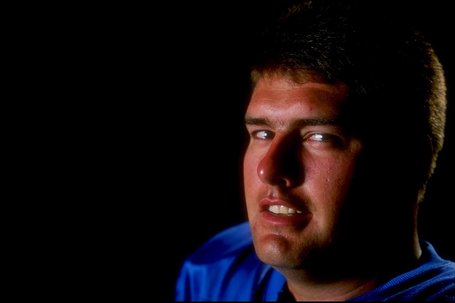