"I can remember walking off that podium with (wife) Deanna and my family thinking, 'I'm done."

No, no, no. That doesn't sound like Brett Favre, the league leader in smiles. Aw, shucks:

One after another, Viking players, coaches and personnel walked to Favre's seat and thanked him for his valiant effort.

"I mean, there were tears flyin'," Favre says. "By the time we landed, I am like, 'I don't think I can let these guys down.' I know football is a business, but more than anything I felt like there was unfinished business. It has made it so hard to make a rational decision."

There he is! We're smilin' now!

After multiple surgeries on the ankle, Favre compares it to "doin' patchwork on a your truck or lawn mower."

"If you do enough patchwork, eventually you've got to a get a new one," he laughs. "Hell, you gotta quit sometime. Then again, maybe I will be doing this when I'm 50 years old, who knows?"

OR MAYBE HE WON'T. WHO KNOWS? 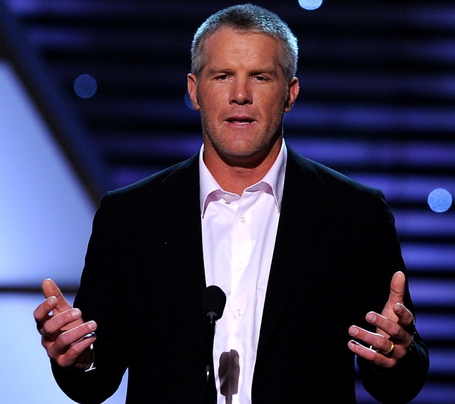 AW, HELL. HE JUST LOVES TO PLAY THE GAME, GUYS. KEEPS HUMMIN' ALONG. 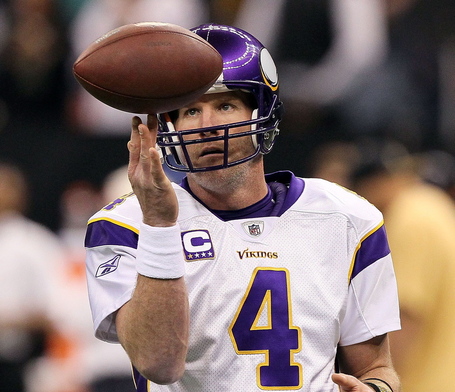 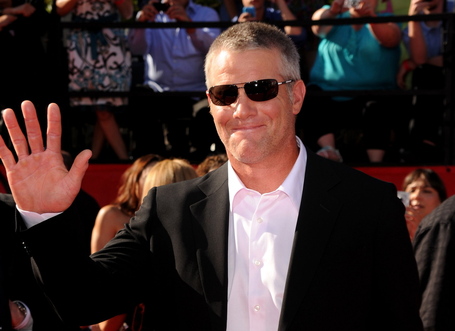 YOU OWN A TRACTOR, DON'T YOU? 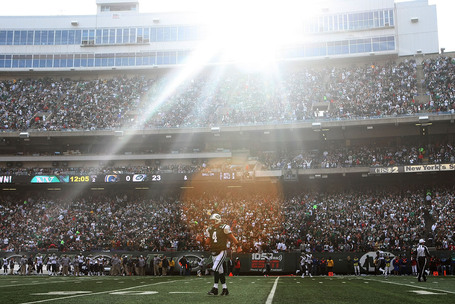 AHHHH! I'M BLINDED BY THE AMERICAN-NESS.