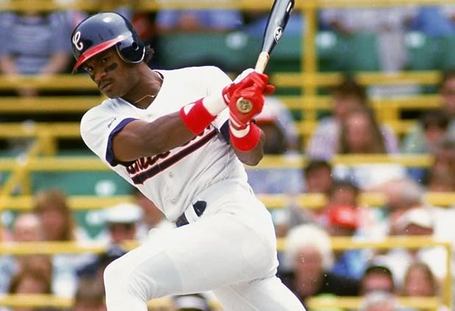 The Texas Rangers deal utility infielder Scott Fletcher and minor league prospects Sammy Sosa and Wilson Alvarez to the Chicago White Sox for Harold Baines. Baines was not a bad player by any means; he played 22 seasons in the big leagues and racked up 2,866 hits and 384 home runs. But the deal proved to be a tremendous mistake, as Sammy Sosa became one of the greatest power hitters of all time.

Sammy didn't do much in his two-and-a-half years with the White Sox. But in 1992, he was traded to the crosstown Chicago Cubs, where he soon developed into a perennial All-Star. Sosa hit 545 of his 609 career home runs in Chicago, won the MVP award in 1998, and hit 292 home runs from 1998 to 2002, including three 60-home run seasons in four years. Baines would never hit more than 25 home runs the rest of his career, and he barely lasted a year before being traded again, this time to the Oakland Athletics.

In 2000, the man who signed off on the trade, future-president and then-Rangers owner George W. Bush, was asked during a GOP debate what the biggest mistake of his life had been, to that point. "Sammy Sosa for Harold Baines," he answered.