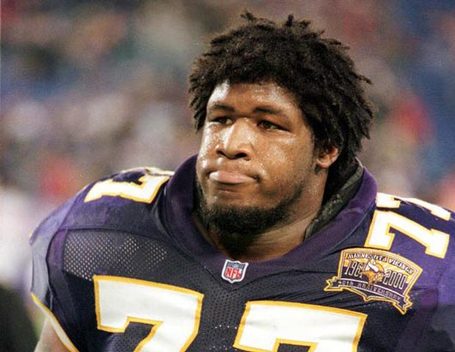 Mel Ott becomes the third player overall (Babe Ruth, Jimmie Foxx) and the first in the National League to hit his 500th career home run. Ott hit the home run off the Boston Braves' Johnny Hutchings. Ott spent all 22 seasons with the Giants and was a 12-time All-Star. Also in 1945, he became the first National Leaguer since Cap Anson to spend at least 20 seasons with one team.

To the great disappointment of millions of Americans, Pete Rose goes 0-4 against the Atlanta Braves, ending his hit streak at 44 games. Rose was the first player to challenge Joe DiMaggio's 56-game hitting streak, a record that was near and dear to many Americans. Rose's hit streak received an enormous amount of coverage, even though he still finished a dozen shy of Joltin' Joe's record. At 44 games, he finished with the second-highest hit streak in history, tying Willie Keeler, who first did it in 1897.

Rose's streak officially came to an end when Gene Garber struck him out in the top of the ninth inning, also ending the game. Garber celebrated the Braves' 16-4 victory and the stoppage of the streak by ecstatically jumping into the air. Rose, who had been nonchalant during the streak, was peeved that he hadn't been struck out on a fastball. "Most pitchers with a 16-4 lead just challenge you," he complained. "They ain't out there inning-and-outing you, upping-and-downing you like it's the seventh game of the World Series."

Two of the more infamous contracts in NBA history are handed out to perennial bench players.

The Indiana Pacers re-sign Austin Croshere to a seven-year, $51 million deal. Croshere had been fantastic coming off the bench in the 2000 NBA Finals, but the 50-million-dollar-range was usually reserved for franchise players, or at least someone who could score 20 a game. Croshere's signing is particularly notorious because he was given the money on pure potential. Over the next seven seasons, he started in just 78 games, scoring more than 10 per game only once, and utterly failing to live up to his contract. Adding insult to injury, he earned more money in his final three seasons with the team than Reggie Miller.

The other deal to go down was Tim Thomas' six-year, $67 million extension with the Milwaukee Bucks. Thomas was extremely talented and looked like he was going to be a star, but he never developed beyond a 15-point-per-game role player. No one wanted to pay his extraordinary price tag, so he bounced around from team to team for the remainder of his contract -- always in a salary dump.

Minnesota Vikings linebacker Korey Stringer dies at the age of 27, leaving behind a wife and a three year-old child. The previous day, Stringer had been carted off the Vikings' practice facility after vomiting and holding a temperature of 108.8 degrees. He was rushed to the hospital, where his organs failed and he couldn't be resuscitated.

Stringer's untimely passing led to several questions asked, primarily if the NFL's tolerance of obesity was to blame. In an age where every linebacker was virtually required to weigh 300 pounds, Stringer was the heaviest player in the history of the NFL. That day, the fat in his body -- added with the tight equipment he wore and the ninety degree temperature -- insulated his system until he couldn't take it. Stringer's death came just six days after Florida freshman Eraste Autin died of a heat stroke.

At the time of his death, Stringer was at the lowest weight of his career (335 pounds). He had been trying to lower his weight total and get in shape, and was known to have taken the weight loss supplement Ephedra -- a controversial drug known for its serious side effects. While no ephedrine was found in Stringer's body, the NFL promptly banned the drug from being taken. A few years later, all over-the-counter sales of Ephedra were outlawed.