NBA Summer League Is Here: But Does It Matter?

Most of the NBA is on vacation, but throughout July, basketball addicts everywhere will be watching future NBA stars battle it out against failed college stars and middling NBA backups in a glorious, possibly ridiculous annual tradition known as NBA Summer League. Below, an overview of the madness.

Share All sharing options for: NBA Summer League Is Here: But Does It Matter?

It's that time of year again...

When basketball addicts like myself are scratching nervously and shivering in the summer heat, waiting for "real" basketball to return. Until then, we have to get our fix from the NBA's summer league.

And since summer basketball begins today with our coverage of the Orlando Summer League, it's probably a good time to ask what Summer League really means. And over at ESPN, True Hoop talks to NBA scout/writer David Thorpe, and he provides some good answers to the question.

But it all boils down to this: "Does summer league matter? Sometimes."

It can be difficult to separate the action on the court from what you'd see in, say, a high school scrimmage. Full-on chaos at times, and downright monotonous at others. There's unlimited fouls, roughly 50% of the players involved will never play in an NBA game, and the Golden State Warriors are the most successful summer league franchise of all time. So there's definitely some element of farce to the festivities.

But then, last summer Brandon Jennings made his summer league debut and immediately made NBA GM's look stupid for passing on him. It really only took a few summer league games to see that Jennings' speed and vision would make him an immediate threat once the real games began. Anyone that saw him Vegas knew about Brandon Jennings about six months before the rest of the league found out.

Then there's Stephen Curry, the inverse to the Jennings equation. Even though Curry was playing for the Warriors, for whom summer league dominance seems to be a birthright, he sputtered his way through Vegas, looking overwhelmed and overmatched and at times, just plain overrated. Anyone that watched Curry in Vegas would have laughed you out of the room if you predicted he'd be Rookie of the Year runner-up.

And yet, both Curry and Jennings were right there, side-by-side, finishing second and third in the 2010 of the Rookie of the Year voting.

So hold up: Does summer league matter or not?

Well, the Curry-Jennings dichotomy is pretty clear, no? We have no f—ing clue. But what we do know is that there are certain types of summer league players. 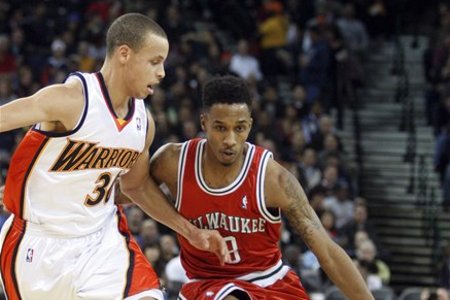 Want to know how to make summer league interesting? Try telling the difference between nos. 2 and 3 (or 4 and 5), enjoying the stars that fall into either category no. 1 or no. 6, and, of course, watching guys like Tyrese Rice, that college star you totally forgot existed. If you look for the right stuff, summer league is its own kind of riddle.

Of course, whether summer league really matters is beside the point. On an intellectual level, summer league's like beach reading. Its mish-mash of moderately entertaining mediocrity makes the NBA's regular season—itself a gentle balance between chaos and monotony—look like Tolstoy.

But it's basketball, and it's better than anything else you'll find in July. You can do some amateur scouting, see some cool highlights, and watch the college stars of yesterday (Tyrese Rice!) compete against the NBA stars of tomorrow (John Wall!).

So enjoy it for what it is, and don't overthink things. It's sometimes boring and sometimes out of control, but once you pass a certain threshold as an addict, I'm pretty sure that's how all drugs feel.

Summer league is a fix for basketball addicts, plain and simple. And basketball's a hell of a drug. 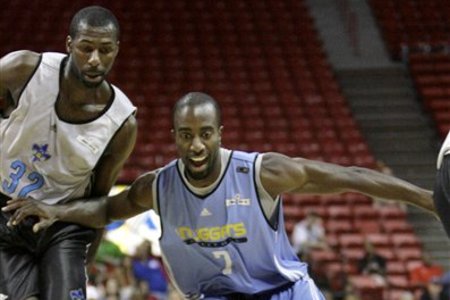