Inside the cockpit - the what? NASCAR 101 shows you the driver's office

Share All sharing options for: Inside the cockpit - the what? NASCAR 101 shows you the driver's office

Yep the driver's compartment in a race car is called the cockpit.

Paying close attention to #2 a cockpit is defined as:

1.
a. The space in the fuselage of a small airplane containing seats for the pilot, copilot, and sometimes passengers.
b. The space set apart for the pilot and crew, as in a helicopter, large airliner, or transport aircraft.
2. The driver's compartment in a racing car.
3. A pit or enclosed area for cockfights.
4. A place where many battles have been fought.
5. Nautical
a. A compartment in an old warship below the water line, used as quarters for junior officers and as a station for the wounded during a battle.

b. An area in a small decked vessel toward the stern, lower than the rest of the deck, from which the vessel is steered.  via thefreedictionary.com.

The cockpit, which is also sometimes referred to as the greenhouse, is best described as the driver's office.  Pure and simple.  Yet, with that being said, there is nothing simple about the modern day cockpit of today's race cars.
Check out the following graphic of an average cockpit of a typical NASCAR-style race car that I got from NASCAR.
If clicking on the image does not enlarge it for you then click on this link to take you a larger web-based image of the graphic. 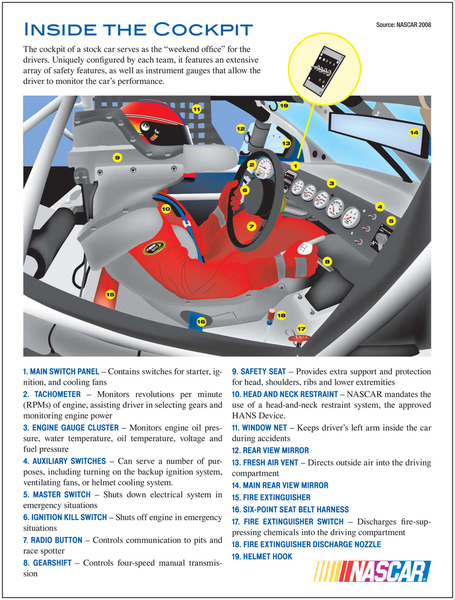 After the jump you will find a few pictures of some famous NASCAR Cockpits. 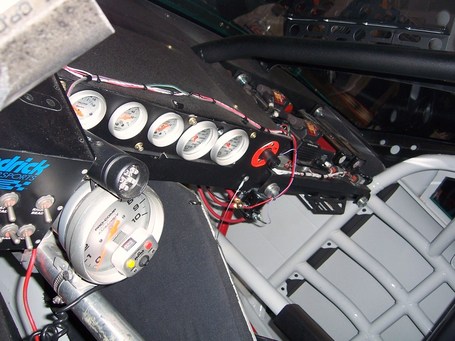 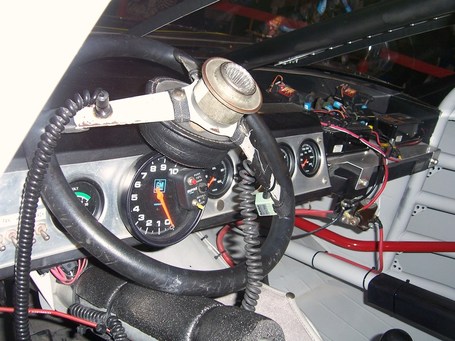 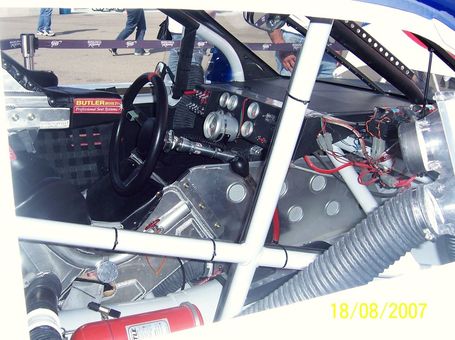 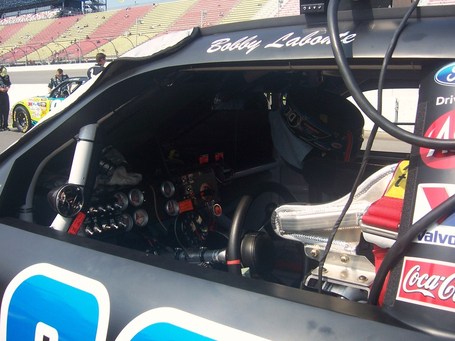