LeBron James' Arrival In Miami In Three Tweets (And A Photo)

Share All sharing options for: LeBron James' Arrival In Miami In Three Tweets (And A Photo)

LeBron James bucked new media on Thursday night for his big announcement (unlike, say, Kevin Durant), choosing instead to announce to the world on ESPN's airwaves that he's leaving the Cleveland Cavaliers for the Miami Heat.

But James managed to break off a Tweet from his relatively new account early this morning upon his actual arrival in South Florida:

What's up yall. Just landed in my new home. Thanks to all the fans and Miami organization who greeted me. The Road to History starts now!less than a minute ago via UberTwitter

But the Tweets don't stop there. ... his new superstar teammates actually weighed in last night, which you'll see after the jump.

Suffice it to say that his new Miami Heat teammates -- old pros at the social media game -- were a bit more animated with their Twitter reactions to the Thursday night announcement.

First, when James finally announced about midway through his show, we give you: Chris Bosh.

Dwyane Wade was much more understated with his Tweet at about the same time, welcoming his two new teammates to the Heat.

MIAMI. Welcome my brothers @KingJames and @chrisbosh to YOUR city.less than a minute ago via ÜberTwitter

That apparent sense of calm didn't last long in the Wade household, however, as "even Sasha was celebrating." This, according to his TweetPhoto from about 4:30 this morning.

Sasha, of course, would be Wade's dog, who apparently had a restless evening. 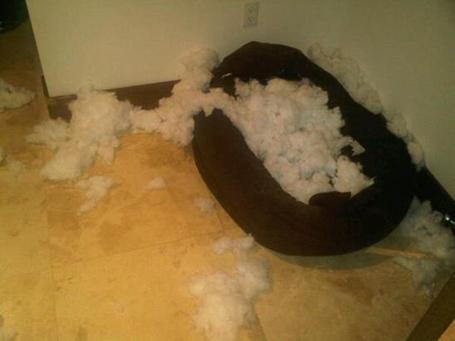