Karl Malone gets criticized a lot for merely being very good for a very long time, but isn't that just another kind of greatness? If it was so easy, why don't more people do it?

I have a theory that there's a kind of basketball greatness that we don't truly understand.

We understand winners like Michael Jordan, Bill Russell, Magic Johnson and Larry Bird, because how could we not? We understand truly revolutionary athletes like Elgin Baylor, Wilt Chamberlain, Pete Maravich, Allen Iverson, Julius Erving, Charles Barkley and, hell, Scottie Pippen, because it's not hard to realize their uniqueness. We even understand great players whose reigns were cut short, like Grant Hill and Bill Walton.

But what we really don't understand is the greatness of those who are consistently excellent, guys who lack the winning pedigrees of the no-brainers, the eye-popping moments of the freak athletes and the hopes of the fallen. The kind of greatness that comes from consistently showing up and kicking butt year after year, to the point where success is taken for granted.

That's the kind of greatness Karl Malone had. For 19 years, Malone's production made him arguably the best power forward of his era, but we don't give that enough credit. We nitpick at his inability to win a title, his failures in the clutch in the 1997 and 1998 Finals and his lack of go-to moves. We say he wasn't "truly great." And that's just unfair. It's time we start to realize that excelling to the point of it being routine is a kind of greatness. 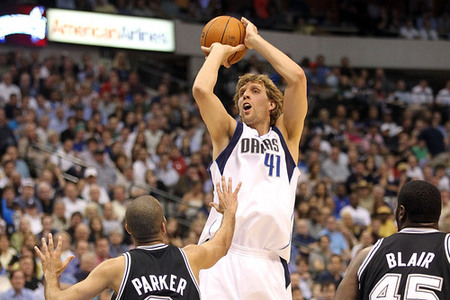 I thought about this topic first after I wrote this article comparing Dirk Nowitzki to Patrick Ewing. The purpose of the article was to praise both players for maintaining a high level of play for several years, noting that their teammates were never quite good enough.  But the feedback I got from many people was that they felt both players' failures to push their teams past better teams was an indictment on them and their greatness.  Neither player was Jordan; therefore, they were not great.

Which is crazy to me. Why is it so hard for us to celebrate people who fit into that fourth category when it's so easy for us to celebrate those who fit into the first three? I get that we're a culture that creates artificial arguments around these kind of things, but I guess I figured we'd at least be able to better classify different sorts of greatness even as we discussed these issues.

Apparently not. Patrick Ewing still gets criticized, and Dirk Nowitzki will be too years after his playing career wraps up. Just like Karl Malone. 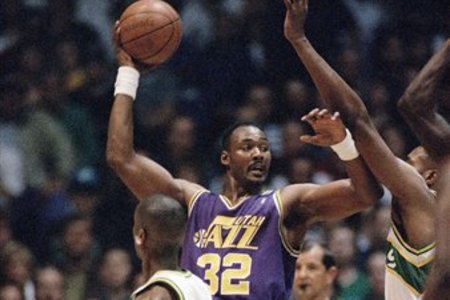 Karl Malone's legacy was that he was consistently very good for a very long time. From 1987 to 2001, you could always pencil in around 26 points and 10 rebounds per game on 50-percent shooting or so, just like you could always pencil the Jazz in for 50+ wins and a high Western Conference seed. At a certain point, Malone's production, and his team's success, just became routine.

(That probably explains why he won the 1997 MVP despite it being far from his best year. Writers just figured they needed a way to recognize his continued excellence, and they could think of no better way to write their wrongs from years past than to give him the MVP. I wonder how Malone would be perceived if he never won that undeserved MVP. History, honestly, might have been kinder to him).

The way Malone produced was also routine. Despite his antics between plays, nothing Malone did to get his numbers was particularly extraordinary. He didn't possess any flashy moves in the post, and while he was fully capable of finishing with authority, he didn't wow anyone with his grace.

No, Malone got his points simply by outworking people. The quintessential Karl Malone basket came in transition - either a layup or mid-range jump shot -because Malone made sure to beat his man up the court. It's such a simple concept, but it's one that eluded pretty much everyone then and pretty much everyone now. Malone made a career out of it, and while it's true he had a great point guard delivering him the ball in John Stockton, he was the one that consistently worked to get up the court.

When Malone wasn't running, he was scoring off pick and rolls with Stockton. In this way, he gets a bad rep, because big men have consistently received too little credit for a properly-run pick and roll. Too often, the point guard is seen as the one navigating everything, and the big man is simply the beneficiary. That's why Steve Nash has two MVPs, and Amare Stoudemire is routinely questioned.

But any point guard will tell you that there's an art to being the pick and roll finisher. You have to set the screen correctly, without moving, and you have to roll at just the right time. Nobody did that better than Karl Malone. In a way, he paved the way for the modern power forward that we see in the league today.

It's not flashy to score most of your points as a finisher in transition (unless you dunk) or on pick and rolls, but that's how Malone vaulted up the scoring list. Over his career, he also made subtle adjustments to his game, improving his free-throw shooting from 48 percent as a rookie to over 78 percent by 1999 and adding a lethal mid-range shooter that made him a more versatile offensive weapon. These are things many of the greatest players never do - Scottie Pippen never did develop a consistent jump shot - but Malone did them. 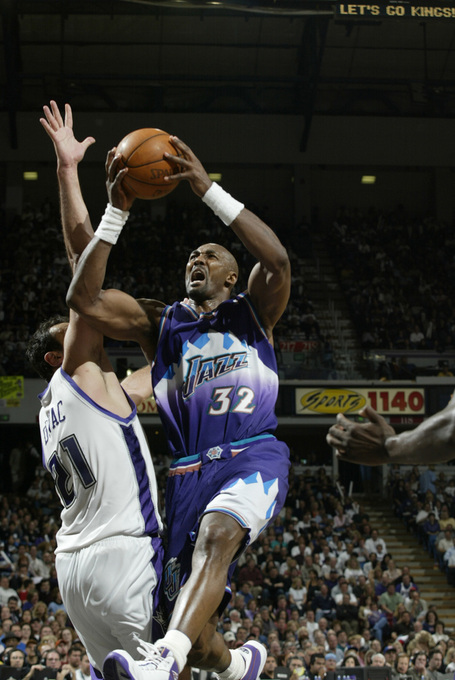 Most importantly - and we're going to italics for this one because it really bears mentioning - Karl Malone did all this until he was 40. From 1986 to 2003, Malone missed a total of ten games. His two MVP awards came at age 33 and 35. In 2001, Malone led an aging Jazz team that started Olden Polynice, an ancient John Starks and a young Donyell Marshall to 53 wins, averaging 23 points and eight rebounder per game with a 24.7 PER and a 57.2 true shooting percentage ... and he was 37. His season-ending injury in 2004 - when he was 40 - arguably dashed the Lakers' hopes at winning a title.

Maybe it's more memorable to have three great years instead of 13 very good years, but any athlete will tell you that the latter is much, much more difficult. You have to be physically fit and work harder than anyone to stay in shape, and that's exactly what Malone did.

I realize Malone has his flaws, and I also realize Malone isn't exactly a choir boy, but many of those flaws can be explained. He came up short against Michael Jordan, but so did lots of players. He wasn't always his best in the final parts of a game, but what power forwards are? He feuded with Jazz owner Larry Miller a lot, but what great player hasn't feuded with someone in a position of power? He probably shouldn't have clubbed so many people with his elbows, and he probably shouldn't have said anything about Magic Johnson's HIV, but that's sometimes the price you pay when you are as quotable as Karl. He maybe couldn't create offense as much on his own, but as noted above, if it was so easy for people to score like Malone did, wouldn't more people be doing it?

That last line is really the key here. For 19 years, Karl Malone made excellence look routine. If that's not greatness, I'm not sure what is. 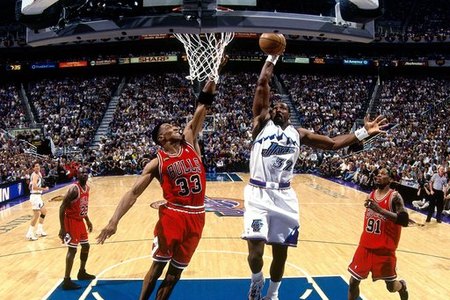