One of the problems with being a spectator in golf is that you can struck with the ball. When the right player does it, it's also a perk.

Phil Mickelson hit an errant drive on the 15th hole at Whistling Straits in his second round at the PGA Championship. As a form of apology to the fan, he took off his glove, signed it with a message of sorry - and a frown face inside the "o."

Mickelson typically slips in some money for the people he strikes with the ball, but not in this case. 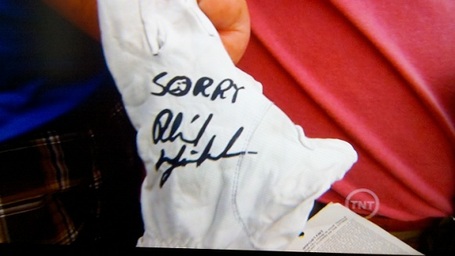