Nolan Smith Is Silky Smoove, Gonna Give You What'cha Need

Share All sharing options for: Nolan Smith Is Silky Smoove, Gonna Give You What'cha Need 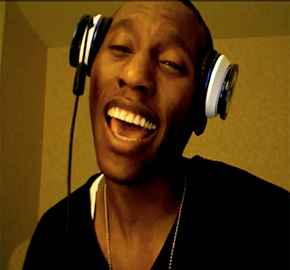 Duke's Nolan Smith was one of the sympathetic stories of this year's Final Four, where he succeeded in winning a national championship, just as his late father did 30 years before.

Which is all well and good, but some folks would rather just get back to making fun of Duke, thanks. Fortunately, Nolan decided to be accommodating on this score. Because Nolan surely knows Duke is never so fun to ridicule as when they have someone like J.J. Redick writing poetry and recording rap albums, he decided to go on YouTube and lay some Dru Hill on us. Ooh, ooh, do K-Ci and JoJo next. I know who's traveling back in time to sing all the stuff from my high school homecoming dance.

Now, I'm no singing coach, but that was probably more raspy than the track called for. But then I never could spit game at a computer screen as well I would have liked.