Where Is The Oldest Baseball Park In America?

Share All sharing options for: Where Is The Oldest Baseball Park In America? 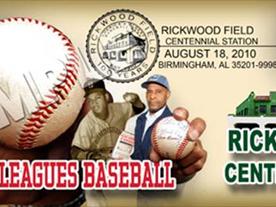 Rickwood Field in Birmingham, Alabama is often regarded as the oldest ballpark in America, dating back to August 1910. Allen Barra wrote a book on the stadium, titled unequivocally, Rickwood Field: A Century in America's Oldest Ballpark. The USPS issued a commemorative stamp marking its centenary. There's just one problem: it might not actually be the oldest.

The other contender for the throne is Warren Ballpark in Bisbee, Arizona. Tom Mosier, co-owner of the current park occupants, the Bisbee Copper Kings, says his venue hosted its first game in June 1909, the year before Rickwood Field saw its opening contest. "They need to be able to subtract 1909 from 1910," adds Mosier, somewhat snarkily, of the Alabama claims.

Needless to say, Birmingham aren't taking this lying down, with Barra argung that the Bisbee stadium is "not the stadium that is there now." Mosier counters that, saying the grandstand is the original, though admits that the roof has been replaced. It seems that the winner in the argument probably depends more on exactly how you define "oldest" than anything else.

It's just another mystery about the history of the game. The myth of Abner Doubleday inventing the game in 1839 is now discredited, but its origins remain shrouded in uncertainty. We still don't know for sure how many hits Ty Cobb had in his career. On that basis, any argument over who has the oldest ballpark fits right in. Maybe they should settle it with a friendly game.