Share All sharing options for: Rockies Fans Delighted By Nine-Run Comeback Over Braves

Wednesday afternoon, the Rockies pulled off an incredible rally, turning an early 10-1 deficit into a 12-10 victory. Nine runs equals the biggest comeback in franchise history, and the fans, as you can imagine, are having a grand old time:

God I love this game.

how can you not love this team?

WHAT THE HELL JUST HAPPENED? 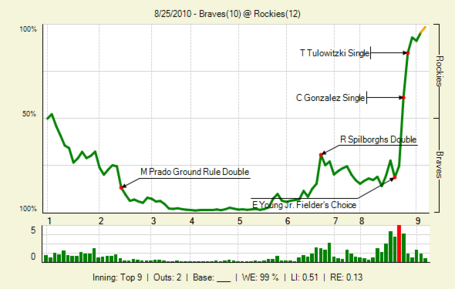 Rockies Rally From Nine Runs Down To Defeat Braves 12-10