Share All sharing options for: 8/30/2002 - Baseball avoids another lockout 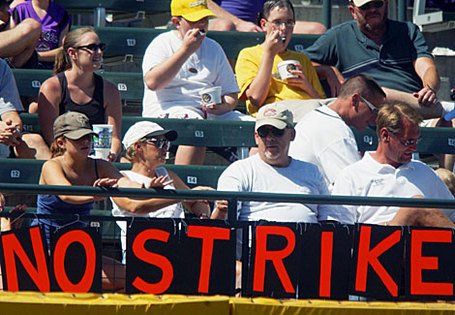 The 1994 players strike devastated Major League Baseball. With the cancellation of the World Series, and the perceived selfishness of the athletes and owners, fan loyalty was at an all-time low. Even with the resurgence of the New York Yankees, an epic duel between Mark McGwire and Sammy Sosa, and a dramatic (and suspicious) increase in home runs, baseball lost a sizable amount of viewers in the years following the strike.

Baseball also lost a gargantuan amount of money. Commissioner Bud Selig reported that the sport lost $519 million in 2001 alone, with only a handful of teams posting a profit. Selig and the club owners devised an ultimatum for the MLB Players Association: contract at least two teams, drastically increase revenue sharing, increase the payroll luxury tax, and implement steroid testing. The players' union was unwilling to fold on any issue. And as the calendar turned to 2002, the lingering memories of the '94 strike permeated the heads of baseball fans.

"The clubs recognize that our current economic circumstance make contraction absolutely inevitable," Selig said, "as certain franchises simply cannot compete and cannot generate enough revenues to survive. Quite a few of our clubs advocate contraction by as many as four clubs."

The extent to which the owners were requesting, mainly the obliteration of two to four franchises, made the prospect of a walkout seem entirely possible. Since 1972, all eight labor negotiations between the owners and the players resulted work stoppages. In almost each scenario, the powerful union came out on top. The odds of the MLBPA giving in to those highly-contentious issues seemed unlikely, especially since later reports noted that, in spite of the losses, Major League Baseball posted a record profit in 2001.

Although Selig didn't specify which teams were on the chopping block for contraction, everyone understood that the Montreal Expos and Minnesota Twins were in serious trouble. The Expos not only lost more money annually than any other team, they were dead last in attendance as well. Adding their lack of competitiveness with their owner's desire to sell the team, it was clear that the Expos' days were at an end.

The Twins, however, were more complicated. Like the Expos, Minnesota's team was a low-market bottom-dweller with a bad attendance average, a poor financial showing, and an owner more than willing to relinquish control. Unlike the Expos, the Twins had a withstanding agreement to play in Hubert H. Humphrey Metrodome for at least that year. Baseball attempted to challenge the agreement in court, but the Minnesota Supreme Court ruled that the Twins were contractually obligated to play in Minnesota until 2003.

A month into the season, baseball postponed its plans to contract both clubs until the following seasons. Adding insult to injury, the Twins and Expos began the season leading their respective divisions. While Montreal trailed off after the first few weeks, the surprising Twins managed to finish with the best record in the AL Central. 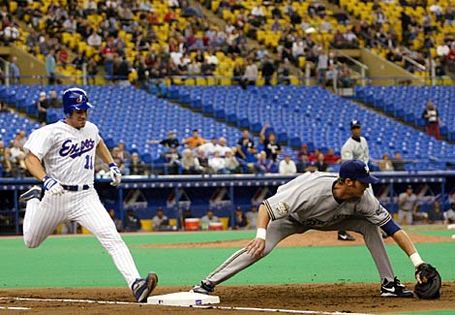 As the players and owners continued to hammer out a truce, doomsday appeared to be set for August. Baseball had been operating without a collective bargaining agreement for months, but the union did not want to carry negotiations beyond the regular season. If talks extended into November and December, the MLBPA would lose its leverage by allowing Selig to establish his own presets without their consent.

On August 12, eight years to the day baseball players staged what would be a season-ending walkout, the players union unanimously agreed on August 30th as the deadline for the collective bargaining agreement.

"All I can say is there remains a lot of work to do," said Donald Fehr, head of the players union. "But we're committed to doing it. On the players' side, a strike is the last resort. You hope you never have to get to it." "We need a contract before the year is over and we feel this is likely the best way to do that."

Unlike the 1994 fiasco, where standstills in negotiations were so bad that the two sides didn't even meet the day before the walkout, Fehr and Selig were more than willing to converse. Both had irreparably damaged their legacies by failing to compromise eight years earlier, and neither wanted to be responsible for another strike. Another debacle would leave Selig, Fehr, the owners, and the players completely undefended and reviled; as the days passed in August, the presumption was that if a strike was staged so soon after the crippling one in 1994, its effects on Major League Baseball would be devastating. 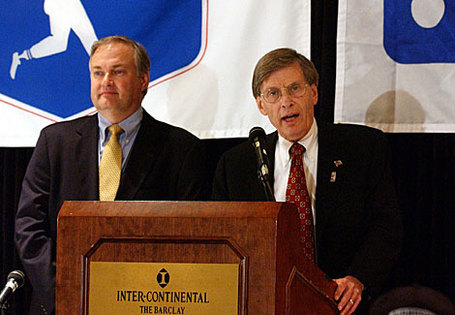 Just days before the strike was to take place, the meetings between the players and owners started to fall apart. Mandatory steroid testing, which the players union had previously accepted, suddenly became a sticking point. Even worse, the proposition of a luxury tax was steadfastly opposed by the MLBPA, who saw it tantamount to a salary cap.

On August 29, the Minnesota Twins and Montreal Expos played knowing that they might be free agents in a few weeks. Though the labor discussions were ongoing, there was now a serious chance that a strike could occur the following day. If that was the case, the Expos, Twins, and possibly the Marlins and Brewers could cease to exist.

"I looked up in the stands and I saw people clapping and it seemed a little different, like you really didn't know if we were going to be here tomorrow or what was going to happen,'' said Cincinnati shortstop Barry Larkin, noting that it was the Reds' final season at Cinergy Field. "It was kind of a creepy feeling."

The first game on August 30 was an afternoon affair between the St. Louis Cardinals and Chicago Cubs. That contest was to be the bellwether for the labor dispute. If a negotiation between the union and the players was not reached by then, neither team would take the field and the season was, for all intents and purposes, over.

Both parties worked well through the night and slowly chipped away at a truce. Neither side would gain anything if the season was lost; the repercussions of another walkout would cost billions of dollars.

Just a few hours before the opening pitch, Major League Baseball agreed to a collective bargaining agreement without the need of a work stoppage -- the first time in 32 years that had been accomplished. In the new c.b.a., revenue sharing increased by 70%, random steroid tests were enacted, a luxury tax was incurred on high-spending teams, the minimum salary rose from $200,000 to $300,000, and contraction was ruled out until 2006. As the Cubs took the field, signally that the season would continue, rare praise came for the commissioner and the union executive. 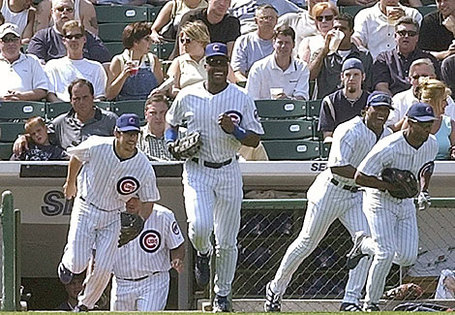 (The Cubs take the field, signifying the end of the dispute. Photo by M. Spencer Green, AP Photos)

"I think a lot of people thought they'd never live long enough to see these two parties come together with a very meaningful deal and do it without one game of work stoppage,'' Selig said.

It was a landmark victory for Major League Baseball. Since free agency was instituted in the early 70's, relations between the players and owners had been ice-cold. The owners had tried everything to curb the players' rising salary, while the union stood against them every time. If not for the decrease in ticket sales following the '94 strike, who knows how the 2002 affair would have played out.

Given a new lease on life, the Minnesota Twins made the postseason in 2002, 2003, 2004, and 2006. The city then agreed to a new stadium deal, securing the Twins' place in baseball. The Expos, on the other hand, were sold to Major League Baseball, who promptly began shopping the team to potential buyers. The Expos lasted another two seasons before being relocated to Washington, D.C., where they became the Washington Nationals.