Roger Clemens spent Monday afternoon at the U.S. District Court in Washington, DC, where he was arraigned on six felony charges, including perjury, making false statements and obstructing Congress. He plead not guilty. You can tell because of how smug and proud he looked afterward. 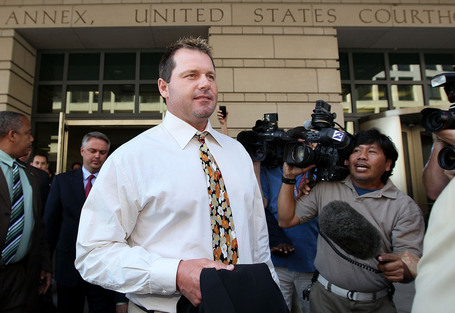 But let's focus on what's important here: that tie. 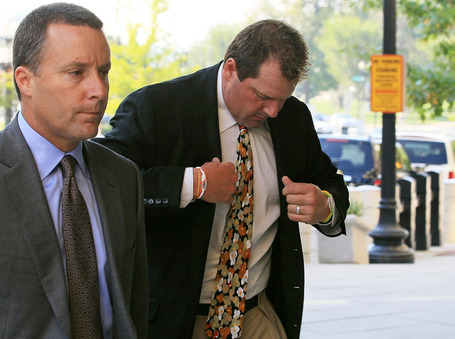 The early 90s-inspired floral pattern is ugly, obviously -- the fashion director of GQ said floral-print ties were "finished" ... in 1992 -- but Roger couldn't even be bother to take the time and use a Half Windsor Knot. And in his haphazardness (likely already had golf on this mind) he left the tie far too long -- it extends at least three inches past his belt buckle. And what about all the wrist accessories Clemens is sporting? 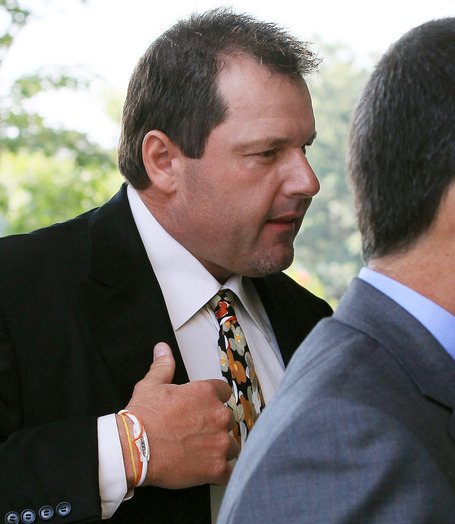 Are those Silly Bandz on his right wrist?

Wearing a blue blazer with some Dockers khakis? A tie that looks like it is borrowed from his dad's closet? Silly Bandz? Frosted tips? Roger Clemens was more prepared for a junior high dance than he was a day in court. 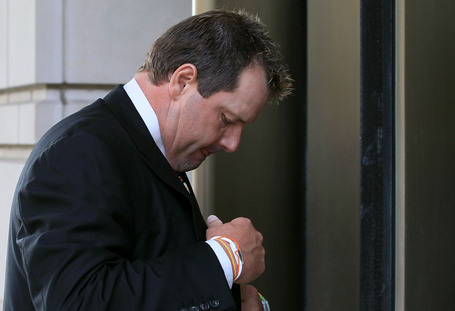 (All photos by Mark Wilson/Getty Images)