Robert Barker of Lake County, Florida is a motivator. A dreamer. A man so busy pushing the youths of Lake County to be all they can be he has not time for sunscreen, or for your namby-pamby definitions of "child abuse." 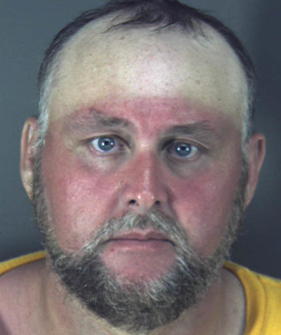 Barker is mostly nocturnal, like a raccoon, and spends his days sleeping on his back in an open field wearing only a baseball cap. He was awake during the day on Saturday, motivating a local youth by making him run sprints in the heat wearing football gear, and firing a pellet gun to motivate him. Hey, don't get so judge-y. He wasn't shooting at the kid.

He told officers he never pointed the gun at the boy.

See? Even though he was arrested by the Lake County authorities for child abuse and assault, this will all be cleared up when he explains that it was motivational gunfire, not direct fire on the subject. If this nation's gotten too soft for guns to be involved in football drills, just take my passport and call me a cab to Paraguay, where they still understand the value of good coaching.*

*Don't know if this is true, but Paraguay just seems like a place where you could make your points really clear with the occasional rhetorical gunshot.