Friday Non-Sequitur: Why You Never Messed With John Thompson

Share All sharing options for: Friday Non-Sequitur: Why You Never Messed With John Thompson

This bears no relevance to anything that's happening today—look, Joe Torre is stepping down!—but we're going to talk about it anyway, since some folks may not know the story. We were talking about college coaches in the office today, and the one thing we all agreed on: in his day, there was no coach in America more imposing than Georgetown's John Thompson. 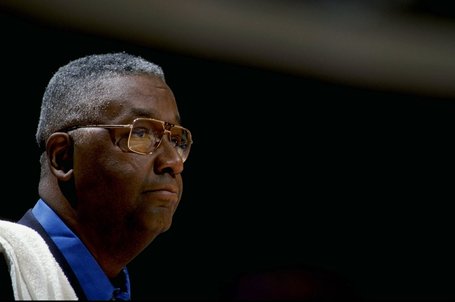 There are probably a thousand different anecdotes to illustrate the point, but today's story begins with a drug dealer named Rayful Edmond. Rayful pretty much ran Washington D.C. for a better part of the 1980s. He's largely credited with introducing crack cocaine to the D.C. streets, and his drug organization generated an estimated $300 million-a-year at the height of his reign.

That's when Big John stepped in.

...a D.C. drug dealer named Rayful Edmond III began knocking on [Alonzo] Mourning's door, and the freshman made the foolish, naive decision to befriend him. Edmond didn't want to sell Mourning any drugs; Edmond just wanted a sniff of the exalted Hoya experience. When his drug runners would get murdered, Edmond would bury them in Georgetown jerseys—that's how fanatical he was.

The relationship—between one of his players and the most notorious criminal in Washington D.C.'s history—bothered Thompson. So John Thompson took matters into his own hands. From the Washington Post:

"This is a fast city," said John Duren, one of Thompson's first important players in the late 1970s along with Craig Shelton. "When a young kid comes in this city and he's a star—[Allen] Iverson, Ewing, Alonzo—the top ballplayer is going to meet the thug, the top drug dealer. They shopped for clothes at the same store and ate at the same restaurant, the old Houston's up on Wisconsin [Avenue]. It was just inevitable."

Thompson invited Edmond to his office and lit into him. He told the drug dealer to stay away from his players or suffer the consequences. Edmond, it was said, never associated with a Georgetown player again

"That's about how it went down," Duren said. "Everybody remembers the day Rayful went to Coach's office."

BOOM. Can you imagine Coach K having that conversation? Roy Williams? Bruce Pearl? Calipari? There's nobody coaching right now that can touch John Thompson. He feared no one, and inspired fear in just about everyone. Which was true of Rayful Edmond, too.

Except... Whatever was said in the profanity-laced session with Big John, it was enough to keep Rayful away for good. He was never again seen with a Georgetown Hoya.

"Wait," you say. "He single-handedly scared the shit out of one of the most infamous drug dealers in U.S. history?"

Pretty much, yeah. You didn't mess with John Thompson's players. 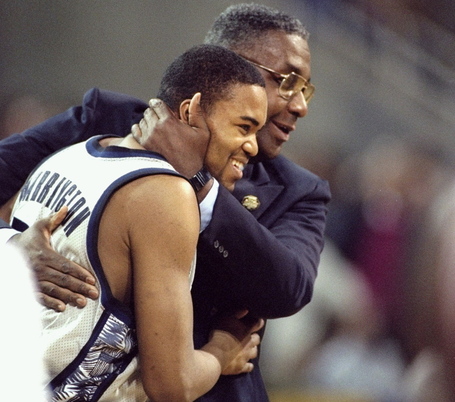 ...That's all. Just wanted to tell that story, and point out that John Thompson was one of the coolest characters to ever grace the sporting scene with his presence. Okay, you can go back to your Friday news cycle now.