College Football Opening Night Rootability Index: Telling You Which Teams To Like

Football season is finally back, and it all starts tonight with a full slate of mediocre games. Here to help you figure out which teams you should be rooting for -- in case you haven't figured it out on your own -- is Spencer Hall.

Share All sharing options for: College Football Opening Night Rootability Index: Telling You Which Teams To Like

The Rootability Index takes the marquee games on the schedule and helps you decide who to root for in every matchup. Go Presbyterian! All one of you!

Wake Forest, a small liberal arts college with a football team far greater in skill and intensity than its size might indicate. Mascot is a church functionary possessed by a devil of some sort. Will be playing "Presbyterian," aka Willard Delmond, a 47 year old lone member of the church of John Wesley paid $250,000 to wear a practice uniform and attempt to play a one-on-eleven game at Wake's homefield. To be fair, Presbyterian will be given a three Mississippi count to attempt a play before blitzing.

I really want good things to happen to Indiana,  a cursed football program whose best coach got a fatal brain tumor as his karmic thank you for taking the program out of the Big Ten cellar. Yet they're playing Towson, the community college whose bros introduced me to National Bohemia, the beer that tastes like aluminum, green peas, and sadness! Where to turn? Oh, yeah. That's pretty clearly Indiana's ballgame, because National Bohemia is canned plague. 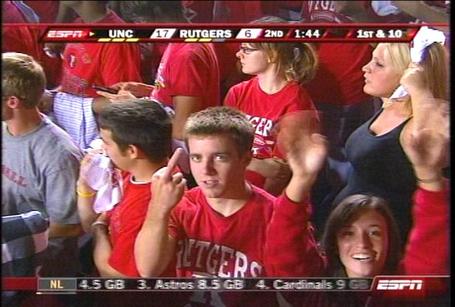 The matchup here between a impotent Minnesota team and an MTSU team without qb Dwight Dasher is such a crapshoot that we'll just say this comes down to their mascot names and how easily one could be airbrushed onto the hood of a tricked-out El Camino. One is a digging rodent, and the other is...this:

MTSU's current mascot is a blue winged horse named "Lightning," adopted as the mascot in 1998, when the athletics department updated its image in preparation for the 1999 upgrade to Division I-A football and subsequent transfer to the Sun Belt Conference.[2] Lightning symbolizes the university's aerospace program and the region's heritage in the walking horse industry. It also symbolized the university "taking flight" as part of its "Soarin' To The Sun" public relations campaign when the school joined the Sun Belt.

A blue winged horse? Can we get lighting shooting from the nostrils and a fetching barbarian woman on the back in a fur bikini? Yes? I'm being told yes here.

Steve Spurrier has now led off college football's regular season with a highly successful series of submission matches, often played without anything resembling a functional offense. Tonight Spurrier has announced he will play some snaps with Conor Shaw, a true freshman quarterback. Deduced: Spurrier loves Zach Galifianakis-style comedy of the awkward, and has keyed his offense to be the fat, nervous, and socially awkward Greek-American comedian of the college football world.

Oddly enough, no matter how  uncomfortable you might be watching this tonight, you'll be charmed in the most itchy, slightly repulsed kind of way.

Dave Wannstedt once ate a Camaro just so he could feel what it was like to be part Camaro. He played Damn Yankees' "High Enough" while he was doing it, and when Ted Nugent screamed in on the guitar solo he mimed along with it while downing the water pump in a single bite and wincing with the rockness of it all. What we're saying is that Dave Wannstedt is the most 1990 coach of all time, and for that we kind of love him and his sweet endless supply of cherry Camaros. Utah, on the other hand, seems like more of a sensible minivan pick with an ancient Jon Secada CD lodged in the deck.

The Trojans will begin the year playing the Warriors of Hawaii in Hawaii, a difficult place to play for so many reasons: logistics, the heat and humidity, and the Warriors' ability to muster up a little something extra when they play at home. USC starts a new era under first-year head coach Lane Kiffin-----

ROOTABILITY LEAN: Hawaii (unless you still hold a grudge, you bitter descendants of Captain James Cook.)