It's a widely-held theory that superstar pro athletes just have a better life than the rest of us. And every few days, some random superstar will pop up on Twitter to prove our theory.

For instance, Kanye West randomly posts a picture of him, Mos Def, Swizz Beatz, and Kobe Bryant hanging out in a recording studio. Because that's happens when you're Kanye West. You can just randomly hang out with an NBA superstar whenever you want. And when you're an NBA superstar, apparently you can just call up Kanye and come chill while he records the most anticipated album of the year. Or, if you're Floyd Mayweather, you collect priceless watches.

Just 'cause... That's what Floyd Mayweather does. Then he tweets photos of them: 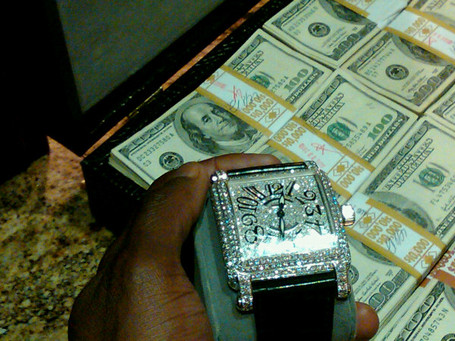 His caption: "To my knowledge, Frankie Muller and Ben Franklin has always got along." Well Floyd, to my knowledge, that's incorrec... Oh screw it, I hate my life.

Floyd likes to call this one his "everyday GOLDEN GIRL". By the way, I do not own a watch. 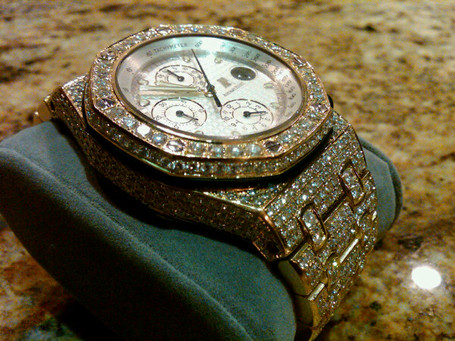 Floyd says, "I like to call this watch my HALF BREED lol." HAHAHAH (weeping). 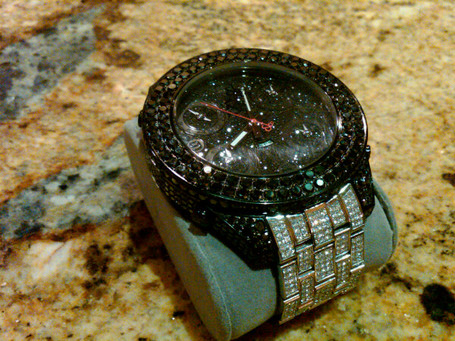 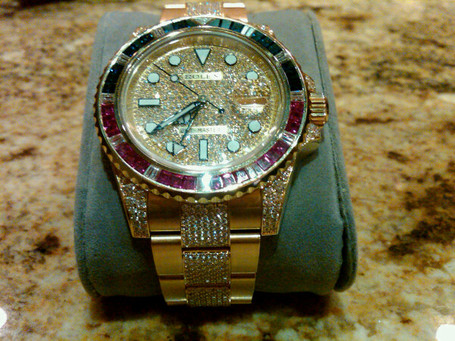 "We call this a time piece," Floyd warns of his Rocky Rolex. "We can never call this a watch." 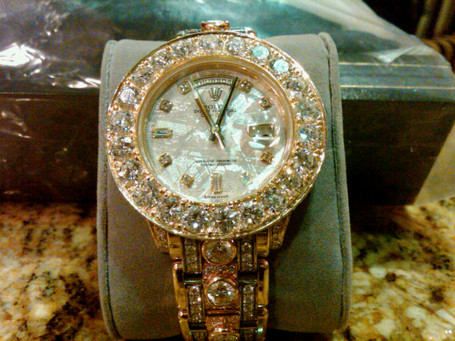 This is Floyd's "Beach and yacht watch." For "when I'm in tropical weather." 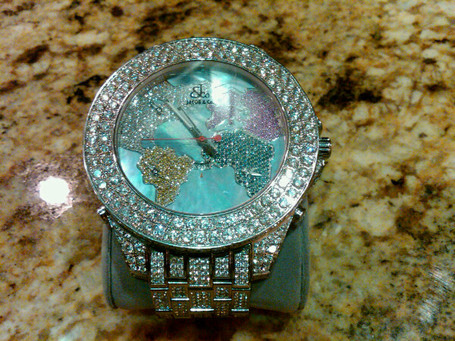 He calls this next watch Rosa Parks, lol. 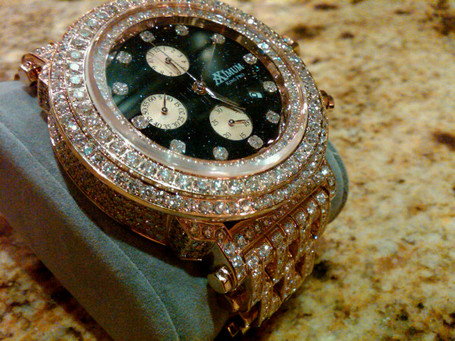 And finally, these are just throwaways that he's giving to someone when he reaches a million followers on Twitter. 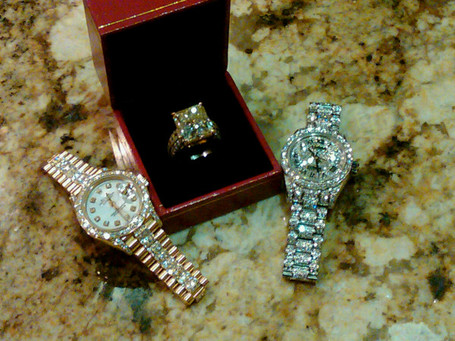 By the way, I ran out of witty things to say after the third watch. Sorry. Now I just feel sort of numb, completely inadequate, and so, so poor... Hey! Have you seen Floyd's Cadillac golf cart?!