Photo Of The Day: Michael Vick Is Starting This Week [Dog Joke Here]

Share All sharing options for: Photo Of The Day: Michael Vick Is Starting This Week [Dog Joke Here]

Every day, SBNation.com will celebrate a random photo series from the past or present, making your morning a little more colorful.

Yes, the Philadelphia Daily News understands how this game is played... 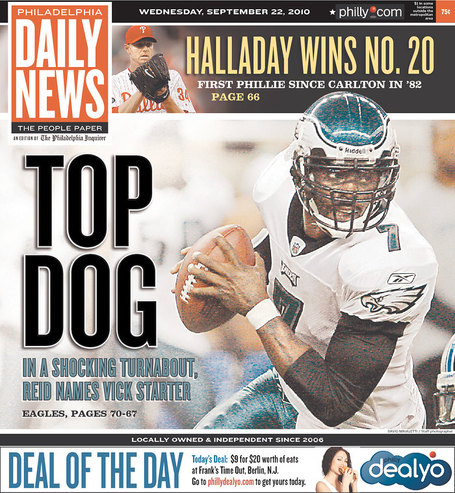 The (bad) jokes pretty much write themselves in this case.

The Eagles are favored this weekend. "You know how Mike Vick treats underdogs!" Then again, "with Mike Vick leading that team, you ALSO know Philly's going to be in a dogfight!" Whatever. 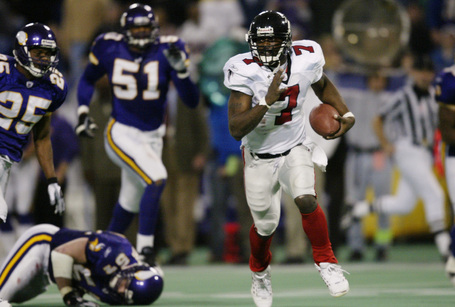 Vick's back, and the Jay Lenos of the world can have their fun with it all they want. Vick's still playing football, playing at a high level, and continuing on the road to redemption.

If we want to re-hash what he did, why the reaction was unfair, and how Vick became the de-facto representative for all things IMMORAL in sports and entertainment, then we can do that sometime in the future. For now, as someone that likes watching Vick play football, it's just enjoyable to have him back and relevant again. 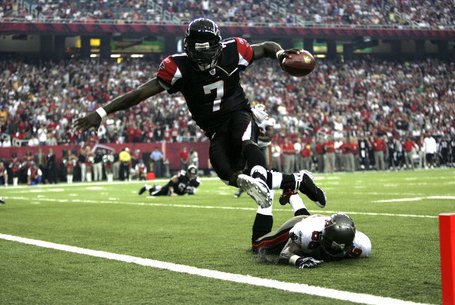 Besides, in the end, the jokes are sort of a compliment. Sure, a wide swath of America can't talk about Vick without making a dog joke. But guess what? Two years after one of the more startling falls from grace we've seen in pro sports, we're all talking about Vick again.

All jokes aside, that's pretty amazing. 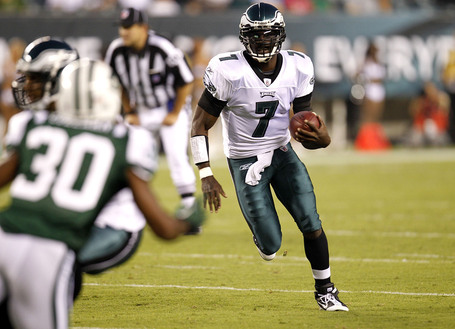